In Tuesday night’s debate between Virginia Sen. Tim Kaine (D) and Indiana Gov. Mike Pence (R), most of the pundits early on scored a slight win for Trump’s VP, mostly because he was much more restrained than Trump had been in his bout with Hillary Clinton a week earlier, and did not let Kaine go under his skin. One pundit even joked how presidential this guy Pence is, I wonder who’s going to be his VP pick. But while Pence held his own for 90 minutes, although he left all of his opponent’s challenges on Trump’s scandals and questionable statements unanswered, he let Kaine get away with at least one terrible lie: that the nuclear deal carved in part by Clinton as the former Secretary of State removed the Iranian nuclear threat.

This point should probably be scored as a win for the Democrat, because it’s one issue about which the consensus is wide and clear among many Democrats, as well as the bulk of the media: the much celebrated deal was forced on Congress by massive political trickery and outright lies, led to the release of an estimated $150 billion to the world’s largest perpetrator of terrorism, and freed Iran to start working on its nuclear weapon in as little as five years.


Overall, the debate veered to the Iran deal four times, and Gov. Pence was not able to turn any of them into a decisive knockout, or even a win on points.

When Sen. Kaine asked, “Do you know that Iran was racing toward a nuclear weapon and Russia was expanding its stockpile? … [Sec. Clinton] worked a tough negotiation with nations around the world to eliminate the Iranian nuclear weapons program without firing a shot.

Kaine came back, “Absolutely, without firing a shot.”

Pence let that statement stand and was dragged instead into a debate over who was responsible for the US withdrawal from Iraq. Advantage Kaine on the Iran deal.

Later on, the moderator, Elaine Quijano (CBS), asked Kiane, “Has the terrorist threat increased or decreased?” To which he responded, among other things, “The terrorist threat has decreased in some ways because an Iranian nuclear weapons program has been stopped.”

Kaine continued with an avalanche of points about why Clinton was a better leader to deal with terrorism, repeating ad nauseam that Donald Trump is an admirer of Vladimir Putin and other world tyrants.

When his turn came to respond, Pence first waded through a sluggish attack on Clinton’s responsibility for ISIS, which is not easy to prove, and only towards the end he reached what should have been his money shot, saying, “And a reference to the Iranian deal, the Iranian deal that Hillary Clinton initiated, $150 billion to the radical mullahs in Iran.”

Pence then retorted, “You didn’t stop the nuclear weapons program.”

Pence was then cut off after blurting, “You essentially…” by Kaine, who actually said, “Even the Israeli military says it stopped.”

Pence, instead of pausing to challenge that misleading half-truth, made a weak statement lacking in specificity, that the deal “guaranteed that Iran will someday become a nuclear power, because there’s no limitations once the period of time of the treaty comes off.”

A little later on, Kaine said, again essentially unchallenged, “Hillary Clinton is the secretary of state who knows how to build alliances. She built the sanctions regime around the world that stopped the Iranian nuclear weapons program. And that’s what an intelligence surge means. Better skill and capacity, but also better alliances.”

Had Pence been better versed with the history of the Iran deal, he could have done a lot with this generalized statement, including, perhaps, mentioning the fact that by the Obama Administration submitted the nuclear deal for Congressional approval, it had already been implemented by all its “allies,” so that a continued US embargo would not have mattered — Iran’s revolutionary regime had already been legitimized by the world powers.

Pence then missed his last opportunity to score big on the Iran deal, when he opened, “But let me go back to this Iran thing. I mean, he keeps saying that [the deal] Hillary Clinton started [with the Iranians] prevented Iran from getting a nuclear weapon.”

Kaine announced triumphantly, “Gadi Eizenkot, you can go check it.”

For the record, in January 2016, IDF Chief of Staff Lieut. Gen. Gadi Eizenkot said the Joint Comprehensive Plan of Action (JCPOA) between Iran and six world powers was “significantly changing the vector that Iran has been on.” But in that same speech, and in many assessments that followed, Eizenkot and other Israeli generals have been warning against “many dangers as well as opportunities” created by the accord.

And on the day after that much quoted Eizenkot speech, a mini diplomatic crisis erupted when Israel’s Defense Ministry issued a statement comparing President Obama with British Premier Neville Chamberlain, who signed the 1938 Munich agreement with Adolph Hitler, basically abandoning the free democratic state of Czechoslovakia. But Gov. Pence probably did not bone up on that part, as can bee seen from his weak response, “You wouldn’t necessarily know that,” regarding Eizenkot’s supposed blessings for the Iran deal.

Kaine challenged him, saying, “Go to the tape.”

Pence then had enough of his wits about him to recall a talking point, when he said, “I know you boycotted Prime Minister Netanyahu’s speech when he came before the Congress.”

Pence then, finally, pounced on him, saying, “You boycotted the speech.” Except that instead of marshalling the facts to expose the Iran deal for all its dangerous failures, Pence delivered a weak jab: “The point is, what this Iran — so-called Iran deal did was essentially guarantee — I mean, when I was in Congress, I fought hard on a bipartisan basis with Republican and Democrat members to move forward the toughest sanctions, literally, in the history of the United States, against Iran.”

Which Kaine, quick on his feet, responded to, saying, “And then Hillary used them to get a deal.”

Pence would not let his opponent have the last word, though, repeating, “We were bringing them to heel, but the goal was always that we would only lift the sanctions if Iran permanently renounced their nuclear ambitions. […] Elaine, let me finish a sentence. They have not renounced their nuclear ambitions. And when the deal’s period runs out, there’s no limitation on them obtaining weapons. […] And the fact that they got $1.7 billion in a ransom payment… is astonishing to the American people.”

That was the sum total of Gov. Pence’s effort, which could have revived a very sore, anti-Obama sentiment among undecided American voters, especially Jewish voters who at this point are second only to African Americans in their commitment to the Clinton camp. Perhaps Presidential Candidate Trump would be able to articulate a forceful argument in Sunday’s debate. It would require an intimate familiarity with the details of the deal, as well as with the range of violations of a variety of UN resolutions on the part of Iran. Can Donald Trump do it? If he wants to become president, he really should. 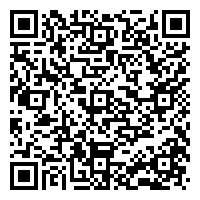