Iranian news agencies are reporting the Islamic Republic is preparing to appoint its first female ambassador since the 1979 Islamic Revolution.

Foreign Ministry spokesperson Marzieh Afkham, one of the country’s highest-profile female public figures, has been tapped for the appointment according to the semi-official FARS and Mehr news agencies. It is not yet clear to which country Afkham would be assigned.


If the appointment is confirmed, Afkham would become the second female ambassador in the history of Iran. Mehrangiz Dolatshahi served as Iran Ambassador to Denmark in the 1970s.

President Hassan Rouhani has presented himself to the international community as a moderate and during his 2013 election campaign promised to improve the rights of women in the country. In 2009 Rouhani’s predecessor, Mahmoud Ahmadinejad, was credited with having appointed Iran’s first female minister.

Domestic reform in Iran, as elsewhere in the Middle East, is a process that can take decades and is measured in micro steps, rather than milestones – a reality that few Westerners understand.

Girls as young as age 10 are forced into Islamic marriages in Iran, and as in other Muslim-majority nations, there is also a high rate of domestic violence. Neither issue is considered unusual in the Islamic world, although more community leaders are at least beginning to recognize it is a matter for “discussion.”

In October 2014, 26-year-old Reyhaneh Jabbari was executed in Tehran by hanging for killing a man who tried to rape her. A massive flood of international appeals to the Iranian government on her behalf to stay the execution proved worthless.

Jabbari was arrested in 2007 for killing a former employee of Iran’s Ministry of Intelligence. She was sentenced to death by a Tehran court in 2009 and the verdict was upheld in by the country’s Supreme Court. The scheduled execution, however, was delayed by several months following reception of an online petition bearing 240,000 signatures, urging her release.

Jabbari herself admitted to having stabbed the victim once from the back but said another man had actually done the killing. Amnesty International said her claim was believed never to have been properly investigated. 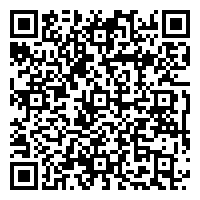