The Women in Green organization have harshly condemned the Civil Administration’s demolition of the Hazzon David synagogue near Kiryat Arba early Tuesday (April 14.) It’s the 36th time the house of worship has been leveled by the Israeli government.

“Like thieves in the night, armed with heavy equipment, the destruction contractor and a tight chain of policemen managed within two hours to leave the place as a heap of rubble,” said the group led by Yehudit Katsover and Nadia Matar.

Nevertheless, the synagogue will again be rebuilt, Women in Green vowed. “The roar of bulldozers dug deeply into their hearts but the people’s spirit remains strong. As sure as the sun will shine tomorrow, we know that tomorrow a synagogue will arise anew.”

The synagogue was built in 2001 to honor the memory of David HaCohen and Chezi Muallem, both murdered by Arab terrorists. HaCohen was killed first when he was shot to death in his vehicle near the entrance to Kiryat Arba; Muallem was murdered shortly after when he appeared on the scene to try and rescue HaCohen. 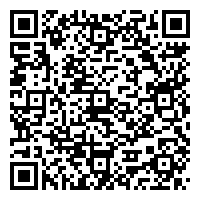