To everything in its season, and so the tide has turned once more in the Middle East. What bombing could not end, God’s Mighty Hand may accomplish with a tiny fly.

Fighters for Daesh, the Islamic State in Iraq and Syria (ISIS) terrorist organization, are now being attacked by a terrible skin disease called Leishmaniasis.


Two types of the disease have been identified in the region: Leishmaniasis major, and Leishmaniasis tropica. Both are carried and transmitted by parasites hosted on sand flies in the environment.

Although an article by Hadassah Medical Center says the disease cannot be transferred from person to person, researchers found in a study published in The Journal of Infectious Diseases in 2003 that such transmission may indeed be possible, since parasites can jump.

An outbreak of Cutaneous Leishmaniasis (CL) in the Galilee region of northern Israel in 2003 was discussed in the article which noted 33 cases in four villages and in the city of Tiberias were diagnosed between 1996 and 2003. The disease, which spread through parasites and sand flies, had mutated from its predecessor, Leishmania major and other tropical diseases.

CL due to Leishmania major as opposed to MCL and VL (two other forms) was defined as being zoonotic and much more difficult to treat. The cutaneous lesions were said to last much longer and the disease was described as life-threatening if it progressed to visceral leishmaniasis (VL). The study found that rock hyraxes found in northern Israel around Lake Kinneret were the most probable reservoir hosts for the parasites that carry the disease.

If that is true, then so too is it likely that ISIS fighters are facing a difficult time because it was mentioned that the parasites also jump from person to person, as well from the living animals around them.

More to the point, the disease is caused by poor hygiene and bad living conditions; it has affected at least 100,000 people in Syria, according to the latest reports. It can result in open flesh wounds, ulcers, an enlarged spleen and liver, anemia and ultimately lead to death.

Although it’s pretty easy to treat, there are very few medics and trained medical professionals left in Syria and ISIS-controlled Iraq who know how to manage it.

Volunteers with the Doctors Without Borders organization of course know how to handle it – but since ISIS is deeply dedicated to kidnapping, torturing and murdering those helping hands, it’s not likely they are going to see any help from them. Ditto for Syrian government troops for the same reason.

Ironically, a new project was launched last year by the Israeli Pharmaseed research company to track down a treatment for this disease.

Four partners were recruited for the project. Two of the four — the Dead Sea and Arava Science Centers – identified 70 plant extracts that may be relevant for fighting the parasite.

The Swiss Tropical and Public Health Institute, meanwhile, will test the efficacy of the extracts on leishmaniasis samples.

Pharmaseed is coordinating the project and is responsible for safety tests, and for assessing the potential efficacy of the extracts being tested.

Jordan University of Science and Technology Prof. Nabil Hailat will carry out advanced live and clinical trials (on humans) in Jordan, which should yield the test results. 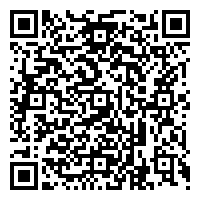