Shin Bet and Israel Police filed indictments in the Nazareth District Court Sunday against four men charged with funding and supporting Mourabition activities and with involvement in a banned organization. The security agencies also said that several senior officials of the Islamic Movement have been detained in recent months.


Members of the Mourabitoun and Marabitaat were paid to harass Jews on the Temple Mount.

The arrests follow a government decision in November, 2015 to ban the Islamic Movement, a move which led to the closure of a long list of institutions associated with the Movement, including the Mourabitoun and Marabitaat.

On Sunday, the Shin Bet said in a statement that violent activities of the Mourabitoun and Marabitaat on the Temple Mount endangered the safety of visitors to the site and caused tensions and violence to be raised, in addition to the violation of Israel’s sovereignty at the site.

– Khichmat Fahim Mustafa Na’amna of Araba – Yahiye Mahmed Mahmoud Sutri of Nazareth – Abd el-Carim Mohammed abd-elKader Kareem of Kfar Kanna – Ismail Diab Mahmoud L’hoani of Araba The four men worked to preserve the Al-Mourabitouns’ work even after they were made illegal. Six more people, who are accused of being Mourabitoun leaders in the north, were also detained.

The Shin Bet said interrogations revealed the the accused were involved in an active network of fundraising and payments, including transportation to Jerusalem and the Temple Mount from all around Israel.

The interrogations also focused on Arab residents of Jerusalem and of the south, who are suspected of transferring money to the Mourabitoun. 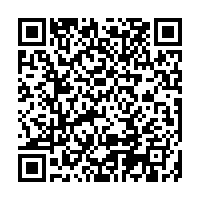