I don’t know Steve Bannon. Even though my byline has appeared in Breitbart, I never met the man or even knew his name until he joined the Trump campaign. What I do know is that he is the target of a political ideology in desperation mode, which has been excusing antisemitism for over a decade and euphemistically referring to the murder of Jews in Israel as “resistance.”

Not knowing what’s in Bannon’s heart, I couldn’t say if he spends his evenings at Ku Klux Klan meetings or gearing up for a post-political career in hip hop. The fact is that he headed arguably the most pro-Israel media organization in the world, and oversaw an operation that went out of its way to expose and attack antisemitism at every turn.

But power and politics can bring out the worst in people, especially after a devastating election loss.

The progressive “news” website Salon has been a relentless critic of Israel and defender of the antisemitic Boycott, Divestment and Sanctions (BDS) movement. But apparently, they’ve found religion and are now the Jews’ best friend – defending the People of the Book from the evil Mr. Bannon and his bigotry.

Last week, Salon published a piece by Matthew Rozsa titled, “Steve Bannon runs an antisemitic website, is a misogynist and will be one of Donald Trump’s senior advisers.” The website in question is Breitbart – the news organization I just described as being “arguably the most pro-Israel media organization in the world.”

Rozsa never cites any antisemitic activity in which he accuses Bannon of participating or advocating. The best he can come up with is a producer at the Montel Williams show who wrote on Twitter, “Sources: @AIPAC is privately apoplectic about Steve Bannon appointment.” If they want to play that game, I can name a dozen supporters of the American Israel Public Affairs Committee who will tell you that Barack Obama believes Zionists control the world. In other words, it’s all crap.

The “credible evidence” is an accusation of antisemitism from court testimony by Bannon’s ex-wife. I’ll let you decide if ex-spouses ever seek revenge in court.

Most comical is the blatant statement, “Bannon is also a notorious antisemite” which links to, “A White Nationalist Who Hates Jews Will Be Trump’s Right-Hand Man In The White House,” published in the far-left “watchdog” Media Matters.

Mazel Tov, Mr. Bannon! The people accusing you of hating Jews are the same people who blame the Jewish state every chance they get. This meshuggah madness should surprise no one, since much of this smear campaign against you is funded by Israel’s greatest enemy (next to the mullahs in Iran): multi-billionaire George Soros.

Mr. Soros is not hiding the fact that he will stop at nothing to sabotage President-elect Trump’s agenda. The man who told 60 Minutes that roaming the streets of Budapest with his faux godfather to confiscate the property of his fellow Jews for the Nazis was the most exhilarating time of his life, is meeting with fellow rich liberals to “resist Trump, ‘take back power’” as reported by Politico. Add the fact that efforts to discredit Bannon are spearheaded by media outlets that receive funding directly from Soros or one of his foundations, Media Matters and Salon included.

J Street, Soros’ favorite anti-Zionist, Zionist group, is working to put a Jewish face on the campaign to malign Bannon. Considering that J Street raises money for Israel’s enemies in Congress and the Senate, recently endorsing anti-Israel voices such as Senators Patrick Leahy (D-VT), Rep. Keith Ellison (D-MN) and Rep. Hank Johnson (D-GA) to name a few, it’s clear that Jews are being used as a political tool to paint Trump and his administration as a band of bigots.

Morton Klein, President of the Zionist Organization of America, may have said it best when he asked, “Would Trump’s extraordinary pro-Israel advisers, such as Newt Gingrich, Rudy Giuliani, Mike Pence, Mike Huckabee, Sheldon Adelson and Orthodox Jews Jared Kushner, David Friedman and Jason Greenblatt ever allow an antisemite/Israel-hater to work with them? Would Trump’s Orthodox Jewish daughter, Ivanka, whose children go to an Orthodox day school, ever allow an antisemite to work with her father?”

Again, I don’t presume to know what is in the man’s heart. Without a doubt, there is a fringe group of pro-Trump hardcore bigots – racists, antisemites and xenophobes – that have spewed their venom on social media. Despite my disappointment that the campaign didn’t do more to condemn these haters, by no means is this any indicator that Bannon or the campaign agrees with this rhetoric.

The same voices trying to destroy Bannon ignored Hillary Clinton’s praise of the notorious antisemite Max Blumenthal’s writings and her request to Blumenthal’s father, Clinton confidant Sidney Blumenthal, that Max’s writings be shared with her staff.

Antisemitism is a tool of convenience for the political Left. When opportunity arises, they will show solidarity with the Jewish people by downing a bagel – a shmear campaign, if you will. 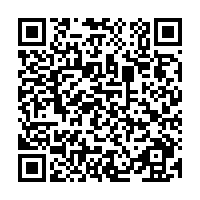