JewishPress.com is live-blogging the efforts of Israel’s firefighters and security forces as they battle against the flames of pyroterrorism across the country.

Arabs have been caught and arrested in multiple locations setting fires.


10:54 Fire near Dolev. Caravans being evacuated

10:32 PM Evacuating homes on Mount Halutz, with one already burnt.

Mount Halutz – also known as Har Halutz, or “Halutz” the community is located in the central Galilee, in the rocky Gush Tefen region, and is part of the Misgav Regional Council district.
Israel Electric Company has just cut the power to Halutz in accordance with orders from Israeli firefighters.

8:43 PM The fire in Emmanuel (Immanuel) is now under control. The fire got as close as 100 meters to the houses, and they almost began to evacuate.

8:36 PM Prime Minister Netanyahu in a briefing on Wednesday: “Every fire caused by arson, or incitement to commit arson, is terrorism for all intents and purposes, and we will bring them to justice.”

8:24 PM Fire near Emmanuel (Immanuel) in the Shomron, started around 20 minutes ago….going straight towards homes. Road closed from Emmanuel to Yakir.

8:09 PM Fire near Binyamin road 465, east of Tzofit, towards Ateret. 4 fire teams on site. No evacuation needed yet.

8:08 PM More than a dozen firefighters and firefighting aircraft are battling a blaze that has broken out in northern Israel in the area surrounding the community of Ein Hashufat. Firefighters are also deployed along the outskirts of the town itself, preparing to block the flames from spreading into the community because the blaze is not yet under control.

Jerusalem district fire and rescue officials say the Shuafat fire is under control. No one injured.

7:53 PM Fire and rescue officials estimate that more than 5,000 hectares of forest have burned, with untold damage to homes, property and nature, plant and animal life.

Beit Sahur Carmel to be evacuated shortly in Haifa, according to Israel Prisons Authority

7:41 PM Car filled with gasoline discovered in the brush next to a forest — occupants fled.

6:47 PM View from a helicopter above the Neve Ilan area

5:57 Fire in woods near Nirit, houses on fire. Evacuations have begun.

5:43 Communities in the south opening up their homes to evacuees from Haifa.

5:30 PM Fire outside town of Yitzhar

5:25 Damon prison to be evacuated.

5:21 PM IDF cancels leave. Soldiers to stay on base in ready to fight terror fires.

4:55 PM: Firestarter kit found – Students at Hesder Yeshiva Ohr HaYeshu’a in the Neve Sha’anan neighborhood in Haifa caught a youth making cardboard boxes to use as kindling to start a fire at Givat HaShivshevet between the Grande Mall and the Romema neighborhood. The youth fled and the “brush fire” was extinguished.

4:50 PM: Ramat Gilad – Land mines explodes due to heat from nearby flames

4:17 PM: Route 55 closes, in the direction of Kedum from Karnei Shomron 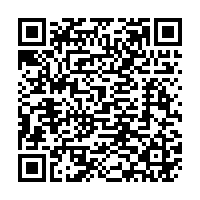