A number of arrests have been made by security personnel as Israeli firefighters continued on Thursday to battle blazes raging across the center and north of the country, with communities in the south opening their doors to those who were forced to flee the flames.

“It’s likely that there is a nationalist motive in some of the arson cases,” Police Commissioner Roni Alsheikh told reporters at a briefing in the northern city of Haifa on Thursday.


“We have a special integrated investigation team that is monitoring everything that is happening across the country,” he said. “I don’t want to get into questions regarding where [we suspect] arson and where we do not. If this is… arson, it could be nationalistically motivated. It’s certainly not just [simple] pyromania,” he emphasized. “And there have been arrests. But Alsheikh declined to share further details.

“There are some cases of arson, and lots of cases that are not arson,” he allowed, but revealed little else.

Four Arabs from the Palestinian Authority have been arrested so far on suspicion of having deliberately set the fires that continue to blaze across the Jerusalem Corridor.

Officials from the Israel Security Agency (Shin Bet) said in a statement they are investigating the possibility that some of the fires are actually terrorist attacks.

Earlier in the day, Public Security Minister Gilad Erdan said in a statement that up to half of the fires raging across the nation were, in fact, caused by arson. High winds and dry weather, he said, meant that a spark as small as a cigarette butt could ignite a blazing forest fire.

In Haifa, a state of emergency was declared. Some 60,000 people were evacuated from their homes, at least 100 were sent to city hospitals suffering from smoke inhalation. More than a dozen neighborhoods were evacuated, local trains stopped running and the local airport was shut down.

Fires near the Paz Bridge, Haifa Bay and the city stadium were reported, with high winds and dry conditions helping the flames to spread.

Some 350 firefighters and Home Front Command rescue personnel working with 115 fire trucks battled dozens of blazes across the port city.

Southern Israeli communities have again swung into action — as they did during prior wars — and are asking families on a pre-arranged list to take in those who were forced to flee their homes.

In the northern Negev city of Arad, the S. family told JewishPress.com, “We’ve really got no room, since we moved into a smaller house since that last time, but we might take in a couple. We’ll probably put the kids in the living room; they’re still pretty small.”

Hesder yeshiva students from the Ohr Yeshu’a Yeshiva in the Neve Sha’anan neighborhood caught an Arab teen red-handed as he made kindling from cardboard boxes to start another fire, Rotter.net reported. The teen managed to escape, but the students were at least able to put out the fire.

Four road workers were arrested Wednesday in the mixed-population community of Nataf, near Jerusalem, for not properly extinguishing a fire they started in order to cook a meal. They were freed Thursday. 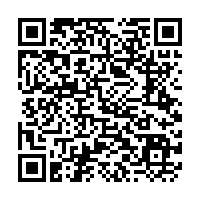