Thousands of security personnel and police forces have moved to high alert in advance of the start tonight of the most solemn holy day on the Jewish calendar, Yom Kippur.

As happens every year and for every major Jewish holiday, Defense Minister Moshe Ya’alon has ordered the complete closure of crossings with Judea, Samaria and Gaza. The closure begins at noon today (Tuesday, Sept. 22) and lasts until midnight Wednesday, Sept. 23, several hours after the end of Yom Kippur.


Access to the Temple Mount has been restricted due to the ongoing violence by Palestinian Arabs.

Beginning this morning (Tuesday) police are allowing entrance to the site only to Arabs over age 40 with Israeli identity cards.

Security in the Old City of Jerusalem has also been beefed up in an effort to provide extra protection for the thousands of Jews expected to pray at the Western Wall for Yom Kippur.

Roadblocks have also been placed to stop traffic from entering the western side of the capital from the Arab neighborhoods in the eastern sector, to prevent confrontations.

Israeli Civil Guard volunteers are working together with police to provide armed protection at the thousands of local synagogues in each community around the country as well.

In Israel, no cars or other moving vehicles other than those for emergency purposes are allowed on the roads once Yom Kippur begins.

Public transportation, including buses and trains throughout the State of Israel will halt service today (Tuesday) between 1:30 and 3:00 pm, and resume service tomorrow night (Wednesday) after 8:30 pm.

JewishPress.com wishes all our readers a G’mar Chasima Tova. May you have an easy fast and be inscribed in the Book of Life for a joyous new year with good health, success and prosperity, materially and spiritually. 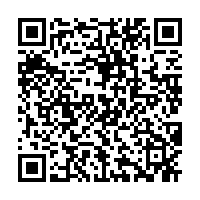