The coordinator of the Israeli government’s activities in the Territories (COGAT), Major General Eitan Dangot, last week warned EU senior officials in Brussels as well as the ambassadors of the 28 EU member states that a “humanitarian catastrophe in gaza” is fast approaching, Maariv reports based on a telegram reviewing Dangot’s meetings.

Read: Wages of Hate: Gaza Drowning in Its Own Excrement

Dangot, who was brought to Brussels by the local Israeli embassy, described the severe fuel shortages and the electricity production crisis in Gaza which have damaged “energy supply to the general population affecting both domestic consumption and public structures such as hospitals,” according to the telegram.

A senior source at the Israeli foreign affairs ministry told Ma’ariv that Dangot described the average daily Gaza blackouts as lasting 16 hours; the raw sewage floating in the streets because the sewer pumps haven’t been functioning in an orderly fashion due to the shortage in electricity; and the water supply shortages because of pumps being shutdown.

The general described the fuel shortage as reaching and touching every facet of life in Gaza, down to the operation of garbage trucks.

He blamed the severe energy crisis on the confrontation between the new rulers in Egypt and the Hamas government—supporter of the deposed regime—which resulted in the Egyptians’ uncompromising assault on the smuggling tunnels into Gaza that used to be the lifeline of the densely populated strip.

“Egypt sees Hamas as the enemy,” Dangot stated emphatically. This, he pointed out, has also led to Hamas avoiding new confrontation with Israel, since it can no longer rely on Egypt to replenish its lost assets in such a conflict.

General Dangot updated on the ways in which his department is cooperating on improving the situation with the Palestinian Authority, whose relationship with Hamas is also far from warm. Hamas “is not interested in recognizing the authority of the PA,” Dangot told the EU. For their part, the PA is refusing to sell Israeli-supplied fuel to Hamas as long as they haven’t paid what they owe for previous deliveries. Hamas, for their part, is refusing to pay the PA’s inflated prices, which have more than doubled recently.

And while the raw sewage continues to flood their streets and pour into the sea at the rate of 25,000 gallons a day, those pesky Gazans have been busy digging up terror tunnels into Israeli villages, with the aim of kidnapping Israeli civilians, who would be exchanged for Arab murderers of other Israeli civilians.

So Defense Minister Moshe Ya’alon decided to halt the exporting of cement into Gaza, seeing as it was being used not so much to construct and rebuild homes, but as part of the war effort against the “Zionist entity.”

So now some 70,000 Gazan construction workers are out of work. So they can’t pay their electric bills, among other things.

It’s so hard to be a crazed political pariah these days.

Dangot says he recommended to Minister Ya’alon to approve some cement exports, primarily to international organizations operating in Gaza. In fact, UN secretary General Ban Ki-moon called up Ya’alon personally and asked for cement permits for the United Nations Relief and Rehabilitation Administration (UNRRA), which despite its generic-sounding name is only in the business of keeping Palestinians on the dole.

Ya’alon told Ban he’s be happy to, on two conditions: 1. Ban should come out publicly against the Hamas terror tunnels—which he did last weekend; and, 2. There should be a deal between Dangot and UN Middle East envoy Robert Serry to establish a special mechanism to guarantee that construction supplies not reach Hamas or the other terror organizations in Gaza for tunnel construction—which is happening in a few days, according to the Israeli foreign office. 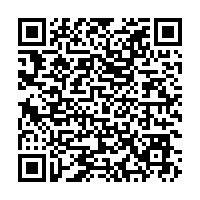