On Tuesday, Feb. 23, Israeli Ambassador to the United Nations Ron Prosor addressed the U.N. Security Council, which was meeting to congratulate itself and “reaffirm” its international commitment to the principles outlined in the UN Charter.

Prosor could not permit the occasion to pass without drawing attention to the ways in which the institution falls far short of the grand ideals which, 70 years ago, drove representatives of 50 nations to draw up the Charter upon which the U.N. was created.

first, to maintain international peace and security and take effective measures for the prevention and removal of threats to peace; second, to advance relations among nations based on respect for the principle of equal rights; third, to promote and encourage respect for human rights; and fourth, to be a center for harmonizing the actions of nations. Prosor deftly excised the verbiage to reveal the myriad ways in which the U.N. undermines those lofty ideals, replacing them, instead, with cowardice and appeasement towards those who most betray the U.N. principles, and discrimination and vilification of at least one nation committed to upholding those principles: Israel.

The Israeli ambassador explained that the greatest threat to global security comes from the terrorist radical Islamist groups such as Hamas, Hezbollah, Al-Qaeda, ISIS and Boko Haram. He described their battle against the civilized world as one “between civility and barbarism, between pluralistic and totalitarian society, between tyranny and freedom.”

Those extremists are destabilizing communities, nations and entire regions of the world, yet the U.N. has “been reluctant to take decisive action,” Prosor said, and on occasion, the U.N. has “surrendered to those nations that harbor, fund and support terrorist groups.”

Hezbollah, in particular, was held out by Prosor as an example of the U.N.’s inclination to coddle, not curb, terrorism, pointing out that the Iranian-sponsored terrorist group has held Lebanon hostage for nearly three decades, while it continues its “reign of terror.”

The U.N. has also failed in its stated dedication to the principle of equal rights, with member nations that impose the death penalty for loving the “wrong” people or believing in the “wrong” faiths. Prosor pointed to the recent beheadings by ISIS of 21 Coptic Christians as merely the latest in a decades-long process of badgering and discriminating against Middle Eastern Christians, until their number has dwindled to small minorities.

Prosor also pointed an accusatory finger at various member nations who sit on the U.N.’s Human Rights Council, such as Venezuela, Qatar, Saudi Arabia and Algeria. The lack of a free judiciary and a free press in those countries makes their membership a mockery of the Council.

Last year Iran was elected to serve as Vice Chair of the U.N.’s legal committee. Prosor pointed out the absurdity of making such a choice when Iranian citizens are denied due process and fair trials, and they are not even permitted to participate in Iranian national affairs.

The fact of the matter is that this institution has been hijacked. The ruthless autocracies that jail journalists rush to lecture us on the virtues of a free press. The repressive dictatorships that persecute political opponents filibuster on the sanctity of free and fair elections. And the mass-murdering tyrannical regimes preach to us about human rights.

Finally the Israeli ambassador addressed the treatment of the tiny country he represents at the hands of the U.N. Prosor patiently recounted just some of the ways in which Israel has been treated as a pariah nation by the U.N.

For example, last year alone the General Assembly adopted 20 resolutions singling out Israel for condemnation. All other nations were reprimanded by punitive resolutions a total of three times. In 2014, the Syrian civil war raged with chemical weapons and barrel bombs directed at its own citizens, Boko Haram slaughtered thousands, Russia invaded Crimea, North Korea continued its totalitarian regime oppressing its citizens, and Saudi Arabia executed dozens of its citizens, yet Israel was singled out for criticism time and again.

Since 2006, more than half of all resolutions adopted by the U.N. Human Rights Council in criticism of a particular country have been directed at Israel. This isn’t logical, it isn’t moral – it is simply prejudice.

Prosor then took the occasion to link the proceedings in the U.N. with last night’s Academy Awards. He suggested what would happen if the U.N. decided to give out Oscars for “Maintenance of International Peace and Security.”

The U.N. would give the Best Actor award “for acting like a peace loving country while developing nuclear capabilities, denying the Holocaust, and threatening the destruction of another member state to…..Iran.”

Prosor suggested the U.N. would give the Best Supporting Actor award to Hezbollah for its “unrelenting support to the Assad Regime in killing hundreds of thousands of civilians.”

The Israeli ambassador had several other predictions for winners in the U.N.’s version of the Academy awards. To watch him deliver them, watch the video of his speech, below. 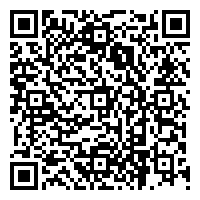