The Azerbaijani Armed Forces have successfully test-fired the newly developed Barak 8 long-range surface-to-air missile, according to a report posted Sunday (Dec. 25) on the Israel Defense website.


Azerbaijan ordered the operational land-based version of the long-range missile system from Israel, with 12 launchers and 75 surface-to-air missiles. The system is integrated on a MAZ 6×6 cross-country truck chassis.

The Barak 8 was jointly developed by Israel Aerospace Industries (IAI), Israel’s Administration for the Development of Weapons and Technological Infrastructure, ELTA Systems, Rafael and other companies.

A surface-to-air missile system (SAM), the Barak-8 is designed to defend against airborne threats that include aircraft, helicopters, cruise missiles, and unmanned aerial vehicles (UAVs, or drones). Also included in that list are combat jets to a maximum range of 70 – 90 kilometers. 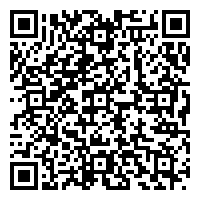