An arson terrorist cell was arrested last month in a joint operation carried out in Samaria by members of the Shin Bet Israel Security Agency, IDF soldiers and Israel Police officers. Israeli authorities released the information for publication on Sunday (Dec. 18).

Late in November, security cameras near the city of Ariel caught three Arabs trying to start a fire, using what appeared to be a Molotov cocktail. The three were dropped off by a car, and they then began trying to ignite a fire. After the blaze got started, they casually continued walking to the Arab village nearby. Residents from Ariel reported getting there in time to extinguish the flames using bottles of water.


Three residents of the Palestinian Authority village of Iskaka in Samaria were taken into custody on November 26 after they were suspected of carrying out arson attacks near their village, and close to the southern approach to the city of Ariel.

Their cases were transferred to the IDF Military Prosecutor pending trial, the Shin Bet said.

Firefighters in November were faced with a wave of fires that lasted eight days, popping up and spreading from the forests to the scrub brush to the villages, cities and towns across Israel.

Some of the fires occurred naturally due to the especially windy and dry weather conditions at the time; but numerous others – more than a third, in fact – were deliberately set.

At least 39 of the 1,773 fires fought by Israeli and foreign-sent firefighting teams and aircraft required at least 10 crews or more.

In the northern port city of Haifa, 527 apartments and 77 buildings were completely destroyed, leaving 1,600 residents homeless. Approximately 25 percent of the city’s total population – some 75,000 residents – were evacuated from 11 neighborhoods.

The city of Jerusalem, the town of Zichron Ya’akov, moshav Beit Meir – home to a Holocaust survivor who is a world-class artist and whose studio and 40 years’ worth of art was completely destroyed in the flames – were only a few of the areas struck by the fires. 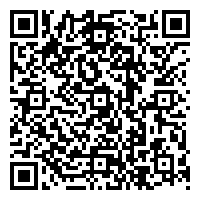