A panel of three judges in the Jerusalem District Court convicted two of the three Jewish murderers of 16-year-old Mohammed Abu Khdeir of Shuafat on Monday. The Arab teen was abducted as he waited to enter a mosque at 4 am in the Shuafat neighborhood.

Both convicted defendants are minors.


The third defendant, 31-year-old Yosef Chaim Ben-David of Adam, has also confessed to having murdered the Arab teen last summer. He was not convicted by the panel, however, because he was deemed medically unfit to stand trial due to his mental state, even though the judges acknowledged that he had indeed committed the murder.

Ben Yosef and one of the two minors admitted during questioning to beating the Arab teen unconscious and then burning him to death by pouring a flammable liquid on his body and igniting it while he was still alive. The second minor sat in the vehicle during the murder but was involved in the kidnapping and the drive to the Jerusalem Forest where Abu Khdeir was killed.

According to the indictment, the murder was intended as revenge for the abduction and murder of three Jewish teens days earlier in Gush Etzion. Hussein Abu Khdeir, the father of the young victim, told Galei Tzahal Army Radio in an interview on Monday morning that he wanted the court to sentence the killers to life in prison. “I want what is done to Arabs, will also be done to Jews: life sentences, no pardons.”

After the indictments, the Defense Ministry has recognized Mohammed Abu Khdeir as a victim of terror, but the outraged and grieving family rejected the recognition.

At the time, the Defense Ministry had granted the family the same compensation rights as those granted to victims of Arab terrorism. Now the decision must now be ratified by the National Insurance Institute. 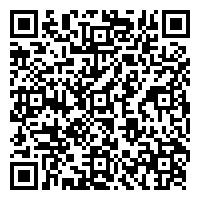