Jacob Neusner, renowned scholar of rabbinic Judaism of the Mishnaic and Talmudic eras, passed away on Saturday, October 8, 2016, in Rhinebeck, NY. Born in Hartford, Connecticut, Neusner studies at Harvard University, the Jewish Theological Seminary of America, the University of Oxford, and Yale University.

Neusner is known for developing a humanistic and academic reading of the Jewish classical works, treating the religion in its social setting, as something a group of people do together, rather than as a set of beliefs and opinions.

Neusner was a pioneer in the application of the “form criticism” approach to Rabbinic texts. Much of his work consisted of de-constructing the prevailing approach viewing Rabbinic Judaism as a single religious movement within which the various Rabbinic texts were produced. In contrast, Neusner viewed each rabbinic document as an individual piece of evidence that can only shed light on the more localized forms of Judaism of each specific document’s place of origin and the specific Judaism of the author. His work “Judaism: The Evidence of the Mishnah” (Chicago, 1981; translated into Hebrew and Italian) is the classic statement of his work and the first of many comparable volumes on the other documents of the rabbinic canon.

In addition to his scholarly activities, Neusner was involved in shaping Jewish Studies and Religious Studies in the American University. He sponsored a number of conferences and collaborative projects that drew different religions into conversation on the difference in religion, religion and society, religion and material culture, religion and economics, religion and altruism, and religion and tolerance. 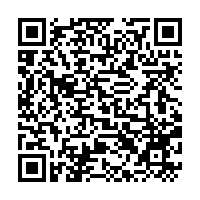