Yehudit Oppenheimer, director of Ir Amim (City of Nations), an NGO focusing on “Jerusalem within the context of the Israeli-Palestinian conflict” and seeking to “advance a political agenda,” and not to “promote coexistence,” (the quote is from an Ir Amim official) is in a panic over the approaching confirmation of David Friedman, a NY bankruptcy attorney whose hobbies include sticking it to the Jewish left and pouring bucketloads of money on the settlement enterprise (he will be the only US ambassador in history with a yeshiva named after him in Beit El).

Oppenheimer, whose group receives roughly $750,000 a year from the European Union, Sweden, Switzerland, Denmark, the Netherlands and Norway, as well as from the NIF just to give Israel and the Jerusalem municipality a bad name, called the growing cooperation of the Trump Administration with the Israeli right “the fulfillment of a nightmare.”


Most of all, Oppenheimer is worried about David Friedman becoming US ambassador to Israel. Friedman was described by Al-Monitor as “an Orthodox Jew who wears a yarmulke,” (God help us), but that’s just the beginning of the nightmare. Friedman also “has close ties to the settler movement and serves as chairman of the US branch of Friends of Beit El.” And, to drop the cherry on top: “When his appointment was announced, he declared that he looks forward to working ‘from the US Embassy in Israel’s eternal capital, Jerusalem.'”

Which is why this Thursday’s Senate confirmation of David Friedman as Trump’s right hand in the holy land has attracted so much attention – and hostility – in the US Jewish left. For instance, according to J Street, once upon a time President Obama’s Jewish fig leaf on his anti-Israel Iran deal and UN vote, and now back to being this Jewish fringe group that lost its political lifeline.

David Friedman’s nomination has given J Street a new lease on life. There is so much anti-Trump sentiment in the liberal Jewish community these days, so much eagerness for the new president to fail – and all this furious energy has been focused on Friedman, the Orthodox Jew who wears a yarmulke.

J Street claims their call to action against Friedman has been “Our most forwarded email ever.”

The attack claims “David Friedman is unfit to serve as US Ambassador to Israel,” because he is “a leading supporter of the settlement movement.” There’s more, but this one is the top point. Only then comes the accusation that Friedman “lacks any diplomatic or policy credentials.” Of course, that’s the whole point about the entire Trump Administration – like it or not, they were elected to “drain the swamp,” not to maintain it.

“He has attacked fellow Jews and public figures with hateful accusations that should disqualify him from representing our country in any capacity, never mind in one of the region’s most sensitive and important diplomatic posts,” J Street’s most popular rant ever continues. By which they mean Friedman’s calling them and their ilk “kapos.” Kapos were the Jews who ruled over their brethren in the ghettos and the camps – some of whom were beloved for the efforts they made to save at least a few Jews. Indeed, in the context of J Street’s support for the Iran nuclear deal which put in jeopardy the lives of millions of Israelis – calling J Street Kapos might be an insult to kapos.

Or, as Friedman originally put it: “Are J Street supporters really as bad as kapos? The answer, actually, is no. They are far worse than kapos – Jews who turned in their fellow Jews in the Nazi death camps.”

The J Street attack is so enormous, offering stern objections to the Friedman nomination from every possible nuke of the American left, major newspapers, Democratic senators and House Members, former Democratic ambassadors to Israel – this is a heavy campaign – so heavy, in fact, one is tempted to think David Friedman is doing something right if so many people hate him.

Here’s one unexpected turn: while J Street is experiencing its greatest moment in terms of popularity among the Jewish left in America – its success appears to be at the expense of anti-Israeli NGOs across the ocean. Former deputy director of the Association for Civil Rights in Israel, Tali Nir, has told Al Monitor: “Most of the donations to promote social change come from liberal Jews in the United States. Now that they feel like their own house is on fire and they have to save it, so many of these American Jews are diverting their donations from Israel to groups at home. What this means for us is that fewer donations are making their way here. The significance of this should be obvious.”

Also gone, or soon to go, according to Nir, is financial aid from the US government to support initiatives in education, the arts, science and “democracy” in Israel. The State Dept. is not likely to spend hundreds of thousands of dollars on trying to topple Bibi Netanyahu, the way the Kerry DOS did in 2015.

The David Friedman confirmation watch continues. Will the Trump White House buckle under as it has already done over several issues, and yank back the “controversial” nomination? Will David Friedman suddenly walk away from the nomination for “personal reasons?” Or will he be there, at the Senate committee hearing, Thursday, ready to change US policy in the Middle East, starting with taking up residence in Jerusalem? We’ll know in three days or less. 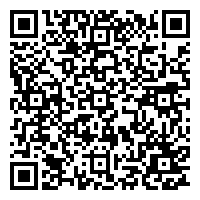