I watched a disturbing video the other day which might have gone unnoticed, had it not appeared in my Facebook newsfeed. The drama that was captured in this short video crystalizes the problems we face in Israel today, when our government ties our hands and demands unreasonable self-restraint during lethal encounters with Arabs.

The footage features an encounter between security forces in the closed Samaria community of Karnei Shomron and two Arabs who approached the gate brandishing knives. Were Israel a sane society, there would be no need for me to write this article. The guards would have immediately terminated these monsters and sent them to face the ultimate judgement. Dead in their tracks. This is what any normal person charged with protecting a community would do.


The video captures a display of Jewish weakness and fear, as the armed Jewish security guards, their guns trained on the terrorists, repeatedly warn them to drop their knives, a lethal threat by any standard. Yet they refrain from shooting them. They warn them. And warn them. And warn them again. Thank G-d, the guards weren’t murdered or maimed. The Arabs could have charged them at any moment. As numerous military studies have shown, an untrained assailant with a knife can make a bloody mess, even against an armed and well-trained individual. Furthermore, even with guns trained on them, a frenzied attacker can close the gap within seconds, often before the target can fire a shot. And even when shot and wounded, the assailant can do tremendous lethal damage.

I want to clarify that in this case, the guards are not afraid of the Arabs. They appear able and willing to attend to the threat. Without a doubt, they feared to use lethal force because of legal repercussions, and a possible prison sentence. Shades of the lynching of Elor Azaria, which created more reticence in the mind of Jews who will now question whether to use justifiable lethal force. Don’t think the Arabs don’t read the news or have a sense of the Jewish pulse. They are emboldened by Jewish weakness.

So while the pressure on the soldiers was undeniable, we cannot disregard the threat staring them in the face. They were tasked with protecting the community. Jews have been murdered right outside the gates, and even within the gates, of their closed communities. The Arabs were brandishing knives, so Israel’s policy of havlaga be damned, too many warnings, too much damn time. This was a lethal encounter by any definition. The video doesn’t capture the denouement of this lunatic encounter, but it appears that the security guards weren’t hurt. In any event, the armed terrorists should have been shot on sight.

Most normal Jews and non-Jews understand such obvious points, but more than a few liberal Jews watched the video and took pride in Israel’s restraint, as if pacifism is a badge of honor in Judaism.  Because this time a Jew wasn’t killed, in their self-righteousness, they praised the security guards and Israel’s supposed moral high-ground. A great many knife attacks result in Jewish funerals. They seem to forget this.

More repercussions of the disgraceful lynching of Elor Azaria. More “do-the least bit of harm” Jewish Aikido which so often fails in the moment of truth. Some Jews are proud of such moments. They think it makes us better than the savages who wish to gut us. It is a betrayal of the most Jewish concept of all. The preservation of innocent lives.

I recall several years back during a season of Arab terror he proved incapable of dealing with, the mayor of Jerusalem went around Jerusalem brandishing his firearm. An elitist fraud trying to send a supposed message. He knows damn well that Israel’s draconian gun laws prevent most responsible Jews from ever obtaining a gun license. And his calls at the time, for licensed gun owners to carry their guns on a daily basis exposes the mentality of too many armed Israelis. In America those with licenses frequently carry their guns every day. The fact that people need to be told to carry their licensed guns exposes their reticence to:

We have seen countless examples of people under attack who refuse for one reason or another to use their gun to kill a terrorist. The incident outside of Karnei Shomron is merely the latest display of Jewish confusion.

Arabs usually don’t send away for customized fighting knives to kill Jews. They use ordinary kitchen and field implements. Fellow Jews, be wise and cautious. Stay alert! This means:

G-d gave each of us one life. We have an obligation to protect it, along with the lives of our fellow brothers and sisters. To shirk the obligation is abominable. When the government denies you the right, and makes you question your right to self-preservation, the die has been cast. Heaven forbid, you may choose the wrong option in a moment of crisis.

The incident in Karnei Shomron should be a warning. Security personnel tasked with protecting a community shirked their duty in the face of Arab terror. Reticence and hesitation will lead to death. Please make the right choice to fight, if G-d forbid you are attacked. As I noted in a previous article, the terrible unfortunate possibility of criminal prosecution for protecting yourself in no way warrants a premature burial.

May Hashem watch over us.

Disclaimer: The author is a lay-person with an interest and a passion for self-defense and physical fitness, and some twenty-five years of past “experience” with violent encounters. He makes no pretense to expertise, save for the education of life’s incidents. These are merely his observations and reflections. Always consult a professional for structured training. 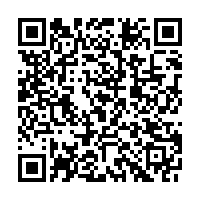