The Temple Mount in Jerusalem was closed to visitors on Sunday, after a fight had reportedly broken out between Jewish visitors and Muslim worshipers.

Isaac Lampert, a reporter for Tazpit, who is getting married tonight, was in line waiting to enter the Temple Mount and was among the Jews police were blocking. Lampert commented that it was a shame to have Israeli police prevent Jews from entering the site of the very Temple the Maccabees purified and re-opened more than 2,000 years ago.

Two Jews and two Muslims were arrested at the site Sunday.

Jews generally are not permitted to pray or bring any ritual objects to the Temple Mount, which is considered Judaism’s holiest site, in order to avoid confrontation with Muslim worshipers at the Al-Aksa Mosque, Islam’s third holiest site. The site is overseen by the Muslim Wakf, the Muslim religious administration charged with managing the Temple Mount site.

The Temple Mount was closed to non-Muslim visitors during this year’s Sukkot holiday over fears that Muslims would be incited to violence by the crowds.

Days later on Oct. 14, the Temple Mount was shut down to visitors after police removed 10 Jewish men for praying and singing. The men were detained after praying and bowing on the Temple Mount, then singing “Hatikvah,” the Israeli national anthem, waving an Israeli flag and dancing.

About an hour before the incident, police detained three other Jewish men for questioning after they prayed and bowed during a tour of the Temple Mount.

Both JTA and Tazpit contributed to this report. 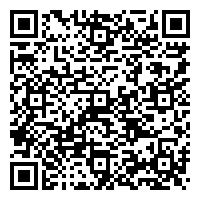