U.S. Secretary of State John Kerry warned Tuesday the world community may not be able to save Syria – what once was Syria, anyway – if the current fighting continues much longer.

Speaking at a hearing of the Senate Foreign Relations Committee on the State Department’s annual budget request, Kerry had a grim outlook for the future of Syria.


“It may be too late to keep it as a whole Syria if we wait much longer,” the Secretary said, according to Reuters.

Even if the regime’s Russian-backed forces re-take the northern city of Aleppo – the largest commercial hub in the country – Kerry said it is hard to hold territory in Syria at this point.

For starters, the Secretary told the committee that he cannot guarantee that Russia will stick to the new cease-fire signed this week between the regime of President Bashar al-Assad and moderate opposition forces. Moscow and Washington also signed on to that truce, which excluded the Da’esh (ISIS), Al Qaeda and Jabhat al-Nusra (Al Nusra Front) terrorist groups.

The U.S. military is already looking ahead to a “Plan B,” he said, and will continue to support rebel efforts to overthrow Assad if Russia abandons its obligations under the truce.

“This can get a lot uglier,” Kerry warned. “Even if Russia took Aleppo… holding territory has always been difficult,” he said, according to Foreign Policy magazine. “Russia has to be sitting there evaluating that.”

Senate Foreign Relations Committee chairman Bob Corker (R-TN) asked Kerry what would happen if in fact “this cease-fire doesn’t hold? I don’t think Russia believes that anything is going to happen.”

Kerry ducked the question, replying instead, “I’m not going to say this process is sure to work because I don’t know. But I know that it’s the best way to end the war, and it’s the only alternative available to us if indeed we’re going to have a political settlement.”

The Arab world, on the other hand, may not be as willing to wait around and see.

Gulf nation governments and that of Saudi Arabia have already warned their citizens to leave Lebanon if they haven’t already. As early as last week, rumors were flying that Turkey and Saudi Arabia were preparing their troops for a ground invasion of Syria to deal with the Da’esh (ISIS) terrorist threat on their own. 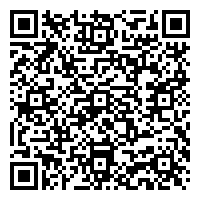