An Arab terrorist attacked an Israeli, around 12:20 PM on Wednesday, at the Gush Etzion Junction in Judea, about 15 minutes south of Jerusalem.

The terrorist attempted to stab one Israeli at a hitchhiking post. The Israeli managed to pull out his pistol to defend himself.


The terrorist was neutralized by IDF gunfire. The terrorist is listed in moderate condition and was evacuated to the hospital.

It now appears that the intended Israeli victim was shot by friendly fire from the IDF soldiers neutralizing the terrorist.

The victim was treated by medics before being evacuated in critical condition to Jerusalem’s Shaare Zedek Medical Center with a chest wound.

His name for your prayers is: Eliav ben Sara Rachel.

Roads to the junction were blocked off as security forces searched the area for any additional terrorists.

“Forces at the scene fired towards the assailant in order to thwart the attack,” said the IDF in a statement. “As a result of the fire, the Israeli was injured. The Israeli and the assailant were both evacuated to hospital for medical treatment,” the IDF spokesperson added.

Last month, a pregnant woman in her 30s was stabbed by an Arab terrorist in the eastern Gush Etzion town of Tekoa while working in a clothing warehouse. The victim is the daughter-in-law of Rabbi Menachem Froman, a Jewish leader who spent his entire life advocating for co-existence with his Arab neighbors. Earlier that same day a medical nurse and mother of six was stabbed by an Arab terrorist in her own home in the community of Otniel.

As a result, Etzion Brigade Commander Colonel Roman Gofman ordered a temporary ban on allowing Arabs from the Palestinian Authority to enter communities in Gush Etzion, including stores and businesses. The ban affected many places where Arabs and Jews work and shop together.

Last November 19, three people were murdered and seven others were wounded in a shooting and ramming attack in Gush Etzion – first at the intersection of Alon Shvut and then at the Gush Etzion Junction. Among those who died was 18-year-old American yeshiva student Ezra Schwartz.

On Tuesday this week, IDF engineers and Border Guard Police demolished the home of the terrorist who carried out the Gush Etzion attack on Nov. 19. 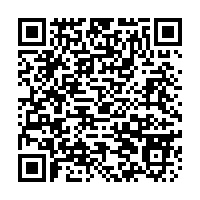