Thailand’s beloved King Bhumibol Adulyadej has passed away at Siriraj Hospital in Bangkok, according to a statement released Thursday by the royal palace. There were no details about the cause of death, or any other information in the statement.

Israel and Thailand have shared diplomatic relations for more than sixty years, with ambassadors in each country.


Israel and Thailand share cultural, medical, agricultural, scientific, investment and trade ties, according to a 2014 article posted on Diplomacy.co.il, and the Jewish world also shares the Chabad network with the country as well: one of the biggest Passover seders in the world is held each spring in Bangkok.

Many Israelis chooses Thailand as a “go-to” destination immediately upon release from their mandatory military service. The country is the second most popular tourist destination in the world for Israelis.

King Bhumibol ascended to the throne 70 years ago, when the kingdom was still known as Siam, shortly after World War II. He became the symbol of all that is good about the nation of Thailand, a highly revered monarch in a country deeply divided over how to advance into the future.

The monarch spent his final years in a special suite in the hospital, while every shop on every street bore his portrait, and billboards proclaimed, ‘Long Live the King!’ Thai citizens shared their fears about a future without the one authority figure dedicated solely to their welfare.

One military coup after another resulted in endless changes in the political climate in Thailand, and the nation is now faced with the question of whether to accept the Heir Apparent, Crown Prince Vajiralongkorn, who has expressed his willingness to serve as their new king in due time — or to dispense with the monarchy altogether in the new millenium. The prince is not seen in the same light as his father, from whom the current military junta drew its authority. 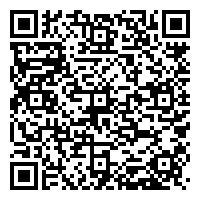