The White House is still silent in the face of a gruesome murder that has rocked the State of Israel from one end of the religious Jewish spectrum to the other.

The parents of 13-year-old Hallel Yaffa Ariel, hy’d, face a nightmare of paperwork when they rise from the seven-day “shiva” mourning period next week following the death of their daughter.

The young teen was stabbed to death by an Arab terrorist while sleeping in her bed at home in Kiryat Arba at 8:44 am Thursday morning. The killer, a resident of the nearby Arab village of Bani Naim, had climbed the security fence surrounding the community and which was located next to Ariel’s home. He entered her room through the open window, and stabbed the young girl dozens of times in her upper body.

She was an American citizen, the U.S. State Department confirmed to journalists after the murder.

But with the exception of a strong statement of condemnation of the killing by State Department spokesperson John Kirby, the Obama Administration has been silent on the matter.

Among the most painful duties to be carried out by Ariel’s parents is the necessity of reporting the death of their daughter to the U.S. Consulate in Jerusalem.

The report of the death of a U.S. citizen abroad is required by U.S. law in order to obtain an American death certificate from the U.S. government. For Americans who have made aliyah to Israel, the U.S. form is essential when conducting any government business regarding a deceased individual.

The death certificate soon to be issued by Israel’s Interior Ministry won’t be enough to help Hallel Yaffa’s parents deal with American bureaucracy involving any insurance claims they might have — let alone any lawsuits against the Palestinian Authority they might file in future. 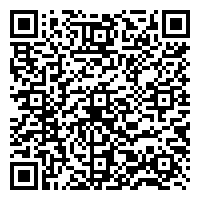