Kuwait became the fourth Sunni Muslim nation on Tuesday to cut diplomatic ties with Iran following a crisis that began last weekend between the Islamic Republic and Saudi Arabia.

Citing “torching and sabotage activities” at the Saudi Arabian embassy by an Iranian mob in Tehran, Kuwait recalled its ambassador from the Iranian capital.

Kuwait follows Bahrain, the United Arab Emirates and Sudan, all of whom have recalled their ambassadors from Tehran over the incident as well.

“Such action constitutes a flagrant breach of international conventions and violation of Iran’s international commitment over security and safety of diplomatic missions on its lands,” said the Kuwaiti foreign ministry in a statement.

Rioters in Tehran stormed the Saudi Arabian embassy over the weekend, smashing furnishings and other items inside the building and then torching the offices. The attack came in response to the execution by Saudi Arabia of prominent Shi’ite Muslim Sheikh Nimr al-Nimr. The cleric was among 47 convicts executed Saturday in the Sunni Muslim kingdom on charges of terrorism.

The United Nations Security Council has also stepped into the breach, condemning “in the strongest terms” the attack on Saudi Arabia’s embassy, as well as on a Saudi Arabian consulate in Iran.

The Council called on Iran to “protect diplomatic and consular premises against any intrusion or damage.”

But Saudi Arabia is not likely to provide Iran with that opportunity at this point: Riyadh has already severed its ties with Tehran and ejected Iran’s ambassador from the kingdom.

Both Russia and China have issued statements calling on the two sides to “use restraint” and reconsider their actions in view of the impact such a conflict might have on the stability of the region. But the long-simmering tensions between Shi’ite and Sunni Muslims have been cooking in nearly every Arab nation in the Middle East.

Those issues have been responsible to a great extent for the savage civil war that has completely destroyed Syria, and still rages in what once was a single Arab nation in that place. The same issues are responsible for the lack of a new president in Lebanon, for more than a year.

Ultimately, the conflict between Sunni and Shi’a Islam will either be resolved between the Muslim Brotherhood and Iran’s Ayatollahs — in which case the two will united against Israel — or it will likely become responsible for a new breakdown of order in Arab nations where governments have no adequate grip on their societies. 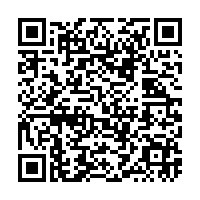