Jeremy Ben-Ami, president of leftwing, anti-Netanyahu group J Street, sent an email to his group’s supporters announcing that he is pressuring the Obama Administration to revoke the US tax-exempt status of the Israeli (and pro-Israel) NGO Regavim in response to their supposed activity against the two-state solution.

The urgent need to harm Regavim’s US donations resulted from the effective work the group has done in forcing the Israeli authorities to apply Supreme Court rulings on demolishing illegal Arab construction in Area C of Judea and Samaria. One of the recent focal points of the Regavim efforts has been the squatter camp outside the Jewish community of Susiya, which the US and the EU insist must stay put despite the fact that its existence violates every signed agreement between Israel and the PA.


Ben-Ami wrote his followers that he was shocked to discover that the “settler movements” aiming to destroy Susiya are partially funded by donations from the US — including Regavim which has systematically mapped out the Susiya shacks and lean-tos, pointing Israeli police at the precise location of structures that violate the law. Ben-Ami sees this well-organized campaign to enforce the law as a threat to a future Palestinian State, which, he believes, must some day be handed the entire area.

Ben-Ami attributes to his organization’s work behind the scenes with the US State Dept. the fact that Prime Minister Netanyahu and Defense Minister Liberman have responded to international pressure and postponed the evacuation of the illegal Arab squatters until November 15.

The president of J Street shared in his email how enraged he is by the fact that groups that work against “the future of the State of Israel” and in direct defiance of US foreign policy and “perhaps” even US law, enjoy a tax-exempt status in the US, which is why J Street will continue to pressure the US government to revoke Regavim’s special status.

Should Ben-Ami be interested in learning what happened the last time the IRS has taken on a pro-Israel group, he should Google “Z Street,” a feisty organization headed by Jewish Press Online reporter Lori Lowenthal Marcus. As Lowenthal Marcus and others have reported over the past seven or so years, the IRS was “slow-rolling” discovery in lawsuits about how it slow-rolled applications by conservative non-profits in general and Z Street in particular.

In 2009, Z Street filed for 501(c)(3) status and was caught in the net of IRS targeting for groups that opposed Administration policy.

An IRS agent confirmed on the phone that Z Street’s application had been sent for special screening for groups connected with Israel. Z Street sued the IRS in 2010 for political discrimination that violated the First Amendment, and IRS Exempt Organizations Determinations Group manager Jon Waddell actually said in a December 2010 sworn declaration in federal court that the IRS flagged Z Street because “Israel is one of many Middle Eastern countries that have a ‘higher risk of terrorism.’”

“That’s hilarious,” wrote the Wall Street Journal last August, “since Z Street supports a country targeted by terrorism. But it also is untrue, which the Administration apparently knew before Mr. Waddell gave his statement to the court. In an October 25, 2010 internal IRS memo on the Z Street case produced in discovery, the IRS acknowledged that when Z Street’s application was being scrutinized Israel wasn’t on the list of terrorist countries, and that an agent may have been using an outdated list.”

If Jeremy Ben-Ami believes the Obama Administration is prepared to go after the tax-exempt status of yet another Zionist group — he should probably check with someone in the State Dept. Perhaps President Hillary Clinton would be inclined to alienate her Jewish voters and Israel by using the IRS for political purposes. It’s quite clear President Donald Trump won’t.

As to the self-congratulations of Ben-Ami on how he and J Street got the US and the EU to condemn Israel’s legal activities in Susiya — it stands to reason they knew all about it on their own. Why, the EU has been building illegal structures in Area C (which Regavim has successfully gotten demolished) without any help from J Street. 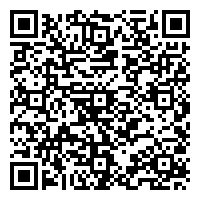