Pyongyang is again obsessed with blowing up the American capital in a cloud of nuclear haze, on the video screen.

Entitled “Last Chance,” the four-minute video released Saturday shows a submarine-launched nuclear missile that lays waste to Washington. The footage shoots through the history of U.S.-Korean relations, including images from the Korean War, the capture of U.S. surveillance ship Pueblo in 1968, and the first international nuclear crisis with Korea in the early 1990s.

The video reaches a sequence that shows a missile flying through the clouds, then swerving back to Earth and piercing the ground in front of the Lincoln Memorial in the American capital.

In the ensuing explosion, the U.S. Capitol building is dramatically destroyed, with a message then flashing on the screen in Korean: “If U.S. imperialists budge an inch toward us, we will immediately strike them with nukes.”

The video, posted to the DPRK Today website, concludes with the American flag in flames.

This is not the first such video released by North Korea, a nation apparently unable to resolve its issues other than with digital violence, arms sales to terrorists and video threats to world powers.

A similar video was uploaded to the Internet in 2013, with the White House targeted in the crosshairs and once again, the U.S. Capitol going up in the flames of an explosion.

The country then threatened South Korea with a “merciless military strike.”

This year’s war games were even bigger, in response to North Korea’s launch of a long-range rocket in February, and its nuclear test at the start of the year.

In particular, this year’s games included special drills that honed the skills needed for an operation to neutralize North Korea’s top leadership if need be.

Kim Jong-un has taken those drills personally. Last Thursday he presided over a long-range artillery drill simulating an attack on the Seoul office and residence of South Korean President Park Geun-hye.

On Saturday the KCNA published a statement by the “Reconciliation Council” calling the South Korean president “dog like,” a “dirty old woman” and “chicken-like” among other epithets that are not printable on this website.

The North Korean leader demanded hours later she apologize via the artillery section of the Korean People’s Army (KPA), and “punish” those who formulated the new operation simulation. Pyongyang is unhappy with the international sanctions imposed on North Korea that followed its rocket and nuclear tests earlier in the year, though it was warned they would come in response. 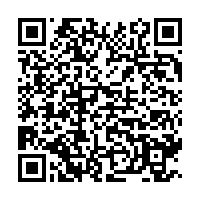