Likud Yisrael Beitenu MK Dr. Shimon Ohayon met today in the Knesset with groups from the European Union, including a delegation of Members of the European Parliament and the EU Deputy Ambassador to Israel.

“Antisemitism in Europe is at its greatest peak since the end of the Second World War and there are now places on the continent where Jews can no longer live and many others where no outward expressions of Jewishness are tolerated,” MK Ohayon, who Chairs the Knesset Lobby for the Struggle against Antisemitism, said. “Europe needs to deal more seriously with this rise in hate which is creating an untenable situation for the Jews of Europe. However, to really fight Antisemitism, the European Union first needs a fundamental definition which law enforcement agencies and judicial bodies can use to prosecute those who target Jews and Jewish institutions.”

But while bodies like the American State Dept. make use of the definition, it has never been fully adopted by the European Union or any European member nations. Earlier this year, a British college lecturer took legal action against the University and College Union (UCU) in the UK in the face of what he argued was institutional Antisemitism, which included the union’s decision to reject the EU Working Definition of Antisemitism, thus allowing rampant manifestations of hate against Jews on British university campuses.

“The lack of a unified and vigorous definition means that antisemites will continue to act with impunity knowing that their actions cannot be prosecuted,” MK Ohayon said. “We must not allow antisemites to define hate. Jews need protection before the law and the law needs guidance or it will be rendered useless and irrelevant.”

“There are many antisemites who have been fighting against the ‘Working Definition’ for many years, so they can continue their attacks on Jews and the Jewish State. The European Union needs to tell these people that their racism and hatred will no longer be acceptable and their actions will be punishable by the law.”

To read the Working Definition of Antisemitism, please click here. 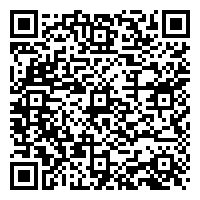