The IDF Golani soldier murdered in Sunday night’s terror attack on the Be’er Sheva Central Bus Station has been identified as Sergeant Omri Levi, age 19 and a resident of Sdei Hemed.

Sergeant Levi was murdered when Muhaned al-Okabi, a resident of the nearby Negev Bedouin town of Hura, entered the bus station armed with a pistol, ammunition and a knife. Police have arrested a family member who is suspected of having aided and abetted al-Okabi in planning and carrying out the attack.

The terrorist shot and killed the young soldier, grabbed his M-16 rifle and began spraying the waiting passengers. His mother was raised in Gaza before marrying a man who is an Arab citizen of Israel — allowing her to remain on this side of the border. Other details remain under gag order.

IDF Corporal Omri Levi, posthumously promoted to the rank of Sergeant, will be laid to rest Monday afternoon at 4 pm in the cemetery of Sdei Hemed, an agricultural community near Kfar Saba.

Four other military personnel were wounded in the attack, including one who sustained serious injuries. 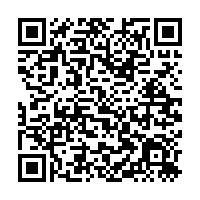