U.S. President Barack Obama — America’s Commander-in-Chief — seems to have added the head of the North America Treaty Organization, Secretary General Jens Stoltenberg, to his “diss list.” No one has any idea why, however.

Stoltenberg, whose office notified the White House staff of the dates well in advance, but his office didn’t even receive the courtesy of a reply from the White House, according to Bloomberg View columnist Josh Rogin.

The NATO chief is in Washington DC for a three day visit that includes attendance at the annual NATO Transformation Seminar. NATO leaders, various experts and top officials from the host company gather to brainstorm on strategies in the sessions, organized by the Allied Command Transformation in Norfolk, Virginia and the Atlantic Council.

Bernadette Meehan, spokesperson for the National Security Council, could not say why Obama did not respond to Stoltenberg’s request for an informal meeting. At last minute, the NATO leader was able to obtain a meeting with Defense Secretary Ash Carter.

But there’s just no getting around the fact that Obama’s behavior is an outright insult. Where was he and what was so incredibly important that he could not make time for the head of NATO –an alliance in which the U.S. is a pivotal member?

The only event on Obama’s schedule for Wednesday, media moguls said, was a short speech to launch the Affordable Care Act. On Thursday he is also pretty free: he heads to Alabama to deliver a speech. Wow. Stressful…

And Stoltenberg isn’t exactly small potatoes: the NATO chief served two terms as Norway’s prime minister prior to starting in October as head of the largest military alliance in the world.

Moreover, he’s on a pretty tight schedule: on Monday he met in Toronto with Canada’s Stephen Harper, where the two discussed the crisis in Ukraine and the threat of the Daesh terror organization, known also as ISIS, the Islamic State in Iraq and Syria.

Both issues are of equal concern to the United States, so one would think that President Obama might at least be somewhat invested in hosting Stoltenberg at the White House.

Tuesday he was involved in other affairs. Wednesday was the seminar.

But nary a phone call, text or email was made. Not even an acknowledgment of the request for a meeting. Weird, particularly when one considers the fact that America’s membership in NATO is its main treaty obligation.

In particular, the president has ticked off former U.S. permanent representative to NATO Kurt Volker, who actually served under Obama, as well as under Pres. George W. Bush before him.

“It is hard for me to believe that the president of the United States has not found the time to meet with the current secretary general of NATO, given the magnitude of what this implies, and the responsibilities of his office,” Volker told Josh Rogin at Bloomberg.

Perhaps he was not present to cover the day Obama had his first tiff with Israel’s Prime Minister Binyamin Netanyahu, stalking out of the Oval Office and leaving Israel’s top leader to hang around while the president had dinner in his private quarters with the family.

Or the time he sneaked Netanyahu out through a side door of the White House, and the time he refused to end a meeting with the routine joint news conference to address questions from international media, because he didn’t want Netanyahu to have the benefit of a photo op.

The list is endless, petty and getting stranger by the day.

It is not at all clear what minor infraction the NATO chief has committed against Barack Obama, but clearly it was something he considers to be of magnified importance – important enough to risk offending the chief of the largest allied military force in the world.

I sure hope it’s worth it. 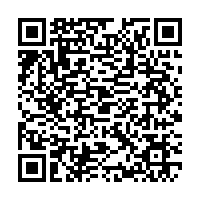