Prime Minister Netanyahu on Sunday promised his cabinet that “tomorrow we will submit to the Knesset what is being called ‘the normalization law,'” explaining that the new law is “designed to normalize the status of Jewish settlements in Judea and Samaria once and for all, and to prevent recurrent attempts to harm the settlement enterprise.”

The new legislation will be submitted to a Knesset plenum second and then third and final vote on Monday, a little more than a week before the expiration of a Supreme Court final deadline on its ruling demanding the demolition of the settlement of Amona.

The legislation, which was authored and submitted by the Habayit Hayehudi coalition faction in an attempt to save Amona from demolition, because it was found to be partially located on private Arab land, was repeatedly stonewalled by Netanyahu over the past few months, for a variety of political considerations.

The proposed law, which compels Arab claimants to accept market value for their land, or a comparable plot, was ready for passage during the Knesset’s summer session, and received widespread support from the coalition members. Now, on the eve of the Amona evacuation and demolition, slated for February 8, the new law will probably not be able to save this community. 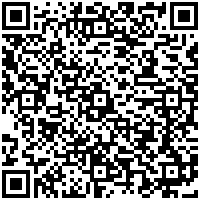