Residents of the hilltop community of Amona in Mateh Binyamin met Monday night to consider their options after the High Court of Justice issued a temporary injunction against the previously approved deal that would have provided alternate homes to replace those to be demolished in less than a month’s time.

More than half of the 40 families (24) in the community were to have moved to caravans in another section of the hilltop, land that is empty and designated as “abandoned” under the “absentee landlord” law that has continued through the decades from Ottoman times.


Those lots would have been re-classified as state land, and then re-zoned for residential use in order to allow the residents to rebuild the homes that are to be demolished on February 8.

Those homes are presently located on land the Court has ruled “privately owned” by residents of the Palestinian Authority, which ordered their demolition last year. In reality, only a small percent of the land is possibly owned by Arabs, and that hasn’t even been proven in court. The destruction was delayed in order to allow the residents time to make arrangements for alternate accommodations. Half were to move to nearby Ofra until they found other arrangements; the other half were to move their homes to another section of the hilltop, as described above.

But the aforementioned lot has suddenly become unavailable: Earlier Monday, the foreign-funded leftwing NGO Yesh Din filed a brief on behalf of some Palestinian Authority Arabs claiming ownership of some of that land too, and petitioning against last month’s agreement reached between the government and the residents of Amona.

As a result, the Court has issued a temporary injunction freezing the relocation agreement until the situation can be clarified.

Meanwhile, not one alternate home has been built, nor have any other arrangements for the families of Amona been made – and the sand in the hourglass is slipping away. 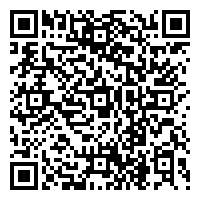