Prime Minister Benjamin Netanyahu told U.S. Secretary of State John Kerry in a telephone call this weekend that construction in the Jewish community of Shvut Rachel is intended to provide alternative housing for the residents of Amona, who are being threatened with eviction, if no other solution is found for their situation.

Shvut Rachel is located about half an hour’s drive north of Jerusalem, in Samaria.


The two men discussed the issue of Amona and Shvut Rachel, as well as other happenings in the region.

Amona residents have been ordered to leave their homes and evacuate the community in advance of its demolition mandated by a decision of the Israel Supreme Court.

Israeli media report that Netanyahu has held meetings with a number of high-ranking government officials in an effort to find a legal solution that will allow the residents of Amona to remain, and to avoid such dilemmas in future, inasmuch as there are other Jewish towns in Judea and Samaria that may face similar problems 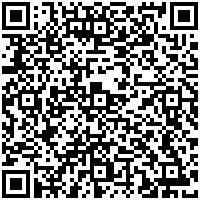