At least two of the officers were listed in serious condition, with “major burns,” according to a police source. They were rushed to a medical center in Paris. A van and a police vehicle in which the officers were riding were badly burned in the attack.


Interior Minister Bernard Cazeneuve described the attack as “extremely serious,” adding that “Everything is being done to find and arrest those behind these intolerable attacks and bring them to justice.”

A source told France 24 the officers “were in a police vehicle monitoring a surveillance camera near a traffic light. About 10 people attacked them with volleys of Molotov cocktails” shortly before 3 pm [local time].”

Local Mayor Jean-Marie Vilain told AFP the next step will be to step up the response to “chronic criminality in the area… to put an end to all the drug dealing, because that is really what the cameras interfere with.”

Built in the 1960s with winding coloured buildings, the housing project — which today has 11,000 residents — was intended to become an ideal dormitory town. Since that time, however, Grande Bourne has become known in France for its poverty, drug dealing, arms trafficking, youth criminality and attacks on police, as well as arson attacks on public buildings.

Grande Bourne was home to Amedy Coulibaly, the radical Islamist terrorist who in January 2015 murdered a police officer, murdered four people and held 15 others hostage at the Hyper Cacher Kosher Grocery in the 20th district of Paris, while demanding that two other terrorists not be harmed.

The two others — Said Kouachi and Cherif Kouachi — were Al Qaeda terrorists he met while in prison in 2005, and with whom he had coordinated his attacks.

Coulibaly himself had pledged his allegiance to Da’esh (ISIS). His wife, Hayat Boumeddiene, is currently wanted by French police on suspicion of having been his accomplice in helping to plan the attacks, and was seen arriving in Turkey five days before he launched the first one. She was last traced to Syria, where she fled while her husband was carrying out his attacks. She has been described by French newspapers as the “Most Wanted Woman in France.” 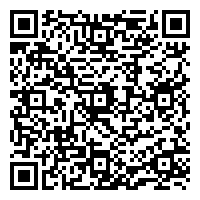