Prime Minister Benjamin Netanyahu warned the Palestinian Authority on Wednesday to abandon its foolish dreams of extracting the Jewish presence from Hebron and the Cave of the Patriarchs.

Speaking in opening remarks at a meeting of the government cabinet, Netanyahu sent his condolences to the family of an Israeli who succumbed in the morning from wounds suffered Dec 7 in a terror attack in Hebron.

“I ask that you convey my condolences to the family of Genady Kaufman,” Netanyahu began at the start of the meeting. “Genady was the gardener of the Cave of the Patriarchs,” Netanyahu explained. “He was stabbed in a murderous attack a few weeks ago. To our sorrow, he did not win the battle to recover [from his wounds.]”

The Cave of the Patriarchs, a sacred place in Judaism, is located in the ancient Biblical city of Hebron. It is written in the Torah that it was purchased by the patriarch Avraham upon the death of his wife, the Biblical matriarch Sarah, to be used as a burial site. Eventually the Cave became the Tomb for nearly all of the Biblical patriarchs and matriarchs: it is believed to be the burial place of Avraham, Sarah, Yitzchak, Rivkah, Yaakov, Leah and it is also believed to be the ancient grave site of Adam and Eve. Muslims revere the site since Avraham is considered to be a prophet in Islam, as the father of Ishmael.

The site – and the city surrounding it – has become a flashpoint for Arab violence. Hebron was divided into Arab and Jewish areas under the Oslo Accords, with the Arab areas kept under the control of the Palestinian Authority. But the city which was occupied by Jordan from 1948 to 1967, may once again become a battleground as Arab terrorists escalate their attacks against Jews in and around the city – and particularly at the site of the Cave of the Patriarchs, where Muslims continue to insist Jews should not be allowed to pray at all. Moreover, Hebron has in recent years become a stronghold for various terror organizations which have planted planted regional offices in the city.

“Even this morning, I say to each person who tries to uproot us from the Cave of the Patriarchs: We have been there – with the exception of a few years in the previous century – for four millenia.

“We will be there forever. You cannot defeat us.” 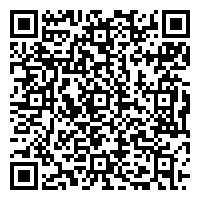