A Jerusalem resident who belongs to the ultra-Haredi Neturei Karta sect is being charged with contacting the Iranian embassy in Berlin, offering to spy for Iran in Israel, and even proposing to murder a Zionist for Iran.

The man is being charged with contact with a foreign agent and an intent to commit treason.

According to the charges, which were made public today, the man decided three years ago to start spying for Iran. He went online—not a small feat for a Neturei Karta man—and checked out Iranian embassies in Europe. In January, 2011, he flew to Berlin, showed up at the Iranian embassy and told the reception clerk that he was an Israeli citizen interested in meeting an Iranian official.

He was taken to an office in the embassy where, according to the charges, he met with three unknown individuals. He told the Iranians who he was, explaining that his faith rejects the existence of the state of Israel, and that he wished to replace the current Israeli government with a gentile government. He then proposed to pas intelligence information to the Iranians.

During the meeting, the man asked his hosts how come they don’t manage to guard their people in Iran against Israeli assassinations. In response, the Iranians asked how he can be so insolent when he’s asking for political asylum, and he responded that he wasn’t interested in an asylum, and that he would gladly murder a Zionist for them.

According to the charges, the Iranians told the accused they were going to check the matter with their superiors and gave the accused man a note with an email where they would send him messages. They also instructed him to call them at the embassy.

The accused returned to Israel and started checking the email account in Internet cafes around Jerusalem. He also made several payphone calls to Iran’s Berlin embassy, asking to speak to “Haji Baba,” the nickname of one of the Iranian with whom he had contact in Germany.

The arrest of double-oy-vey-seven took place two weeks ago, under a massive gag order. He was remanded to a holding cell in the Petach Tikva magistrate court and his appeal of the arrest was rejected by the district court. According to the prosecution, the accused has already admitted the charges against him. 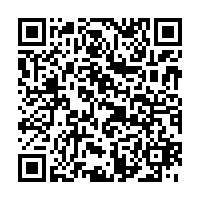