The Israeli government has allocated NIS 15 billion to develop and strengthen the country’s northern region — and at last, there’s a plan to go with the money.

Finance Minister Moshe Kahlon and Periphery Minister Aryeh Deri, who is responsible for development of the Galilee and the Negev as well, together announced their plan this week for investment of the funds over the next two to five years. The projects are being coordinated between the relevant government ministries and the various regional councils.

According to the plan, NIS 12 billion will be spent on infrastructure, including improvement of existing roads and highways, construction of a new Light Rail between Haifa and Nazareth, and expansion of the Metronit Bus system in Haifa to outlying communities.

The funds are to be generated from the Jewish National Fund (JNF) and different government agencies. A number of IDF bases will be moved to the north as well. 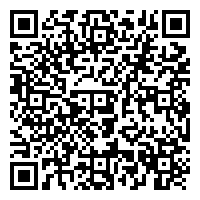