A Belgian insurance company has refused to insure a Jewish kindergarten in Brussels.

The company claimed the risk of a terror attack on the European Jewish Association-run institution was too high.

EJA General Director Rabbi Menachem Margolin called on all European governments and heads of European Union institutions to provide security to all Jewish institutions that would satisfy insurance companies, and establish an alternative insurance mechanism that would secure any institution that might fall victim to anti-Semitic attacks.

“It is truly a scandal,” Rabbi Margolin said. “First and foremost, not enough is being done in order to secure Jewish institutions throughout Europe, despite our repeated requests and warnings, and then insurance companies are using the security situation as an excuse in order not to insure kindergartens.

“This is the bizarre and cynical reality facing Jewish communities across Europe,” he said.

In January, government agents killed two suspects in what they said was a developing “Belgian Charlie Hebdo” situation. Counter terror raids took place around the country as police raided an apartment in the eastern city of Verviers, 70 miles from Brussels. The operation was part of an investigation into returning homegrown jihadists who had traveled to fight with the Islamic State of Iraq and Syria – ISIS, or Daesh – in Syria.

In France alone, anti-Semitic attacks doubled last year to nearly 1,000 incidents, and this year a massive terror attack led to an unprecedented worldwide unity march that brought millions together around the world.

In January, an outraged French President Francois Hollande told Jewish citizens “France is your homeland” in what appeared to be a response to remarks by Israel’s Prime Minister Binyamin Netanyahu days earlier at the Great Synagogue of Paris, following the unity march.

In a speech to mark 70 years since the liberation of the Auschwitz Nazi death camps Hollande said France would combat the “unbearable” rise of anti-Semitism and protect “all its children and tolerate no insult, no outrage, no desecration… How in 2015 can we accept that we need armed soldiers to protect the Jews of France?” he demanded.

Hollande vowed to continue protection at Jewish institutions such as synagogues, schools, community centers and business and so far has kept his word, but the vow has come at a price. At least one soldier himself accidentally hit the trigger while playing with his own assault rifle. Miraculously no one was hurt.

In the UK as well, the number of anti-Semitic incidents has doubled over the past year, according to figures from the Community Security Trust (CST), which has recorded statistics on anti-Semitism in Britain since 1984.

In that nation as well, Prime Minister David Cameron told the parliament in January, “We need to do everything we can to help this community feel safe and secure in our country… I would hate it for British Jews not to feel that they have a home here in Britain, safe, secure and a vital part of our community.” 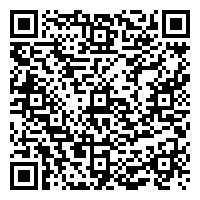