Jerusalem’s announcement Wednesday that a new Arab neighborhood for Arabs will be built was met by a thundering silence by the European Union and the United States, which throw a tantrum every time plans are drawn up for a single house for a Jew in parts of the capital claimed by the Palestinian Authority.

Approval was secured after pressure by the judicial system, which was approached by a human rights legal council of the Hebrew University. Right-wing activists and Haredi city councilmen previously have blocked the plan, Haaretz reported.

“The planning of neighborhoods in eastern Jerusalem by the municipality is a clear expression of Israeli sovereignty over all parts of the city and strengthens the unity of Jerusalem,” said Jerusalem Mayor Nir Barkat.

He warned that the city faced a wave of illegal construction and accompanying damage to long-term environmental planning, if it did not act to provide more housing for Arabs.

Barkat’s claim that the new neighborhood will help unify the city will be judged in the future, but the lack of American response is nothing less than another admission that it considers Palestinian Authority demands a “done deal.”

On Sunday, the U.S. State Dept. expressed “concern” over plans for new homes for Jews in Gush Etzion and eastern Jerusalem, claimed by the Palestinian Authority, and U.S. Secretary of State John Kerry’s spokeswoman Jen Psaki went so far as to state on Tuesday that Israel must “reverse” the decision.

Psaki, who apparently thinks she also is Israel’s Housing Minister, said it was “contrary to Israel’s stated goal of negotiating a permanent status agreement with the Palestinians, and it would send a very troubling message if they proceed.”

Kerry then picked up the phone complained to Netanyahu in what has been reported as a very uncordial conversation.

Any intelligent person, except for those in the Obama administration – and yes, they are very intelligent but equally ignorant – must conclude that President Barack Obama and U.S. Secretary of State John Kerry are lying through their teeth when they claim they are not pushing PA chairman Mahmoud Abbas’ agenda.

They want “negotiations” by holding Abbas’ hand and standing behind Israel with a diplomatic knife to rip Jerusalem apart and returning to the 1049 Temporary Armistice Lines that the want to be permanent, 47 years after the borders were finally dismantled by the Six-Day War in 1967.

Despite all the criticism, including on these pages, of Prime Minister Binyamin Netanyahu for caving in so often to American pressure, it really is a wonder that Israel still is one piece considering the open hypocrisy of the White House and State Dept.

Abbas is well aware of that, so he can expect that his negotiator Saeb Erekat, the one who has quite several times but miraculously doesn’t quit, is enjoying a friendly reception in Washington this week.

He reportedly is bringing with him Abbas’ three-year ”plan, to be read “ultimatum,” that Judea and Samaria and half of Jerusalem be rid of Jews by 2017. 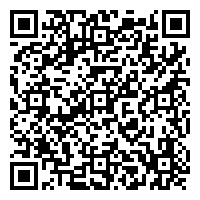