Orange telecom CEO Stephane Richard arrived in Israel Thursday night for a two-day exercise of climbing down from a tall tree where he ate rotten fruit by saying that he would like to get rid of the company’s link with Israel’ Partner Communications because of the “occupation.”

He is scheduled to meet with Prime Minister Binyamin Netanyahu and former President Shimon Peres today as part of a show “to clarify Orange group commitments to Israel,” according to the French-based company.


It all was a “misunderstanding,” Richard said after winning praise from BDS but ferocious anger from even liberal political in Israel and elsewhere.

“Hypocritical” would be a better description than “misunderstanding.”

Richard lit the match in Cairo, where he referred to Partner as operating in “occupied territory,” and France’s ambassador to the United States, Gerard Araud, tweeted:

Contributing to settlements in an occupied territory is illegal.

Despite his “anti-occupation” remarks in Cairo, Richard later explained that he wanted to pull out of Israel because it is the only country where Orange does not run a subsidiary but instead allows an independent operation to market its trademark.

It is not clear why that should bother Orange since Partner pays approximately $4 million a year for the right to market Orange.”

Richard reassured Deputy Foreign Minister Tzipi Hotovely last week, “Orange does not support any form of boycott, in Israel or anywhere else in the world.”

In a way, it is too bad that Orange is retreating. If it had stood its ground, Israel would have had the opportunity to expose to the entire world the clear hypocrisy of BDS and of companies like Orange that actually operate in “occupied territory” elsewhere and, under the boycotters’ definition, are guilty of being involved in a “war crime.”

Orange itself directly and openly operates in occupied territory. Orange provides cell phone service in Nagorno-Karabakh, an area of Azerbaijan that has been occupied by Armenia since seizing it in a bloody 1992-94 war. The U.N., along with the E.U. and U.S., considers the area occupied territory. Nonetheless, Armenian settlers have moved into the occupied territory in significant numbers, amid constant complaints from Baku and others.

He added that fighting broke out this year in the area, “killing dozens, and a full- scale war over the occupied territory is looming.”

The Orange website touts its Karabakh service as being in “NKR,” or the Nagorno-Karabakh Republic, an unrecognized state that is controlled by Armenia, according to Kontorovich, who also wrote:

U.N. Resolutions have specifically called for the “non-recognition” of the NKR. Orange’s Armenian website also calls the area ‘Artsakh,’ the ancient name for the region favored by Armenia nationalists. It would be as if Orange, instead of complaining about, boasted of its ‘service in Judea and Samaria.’…. Orange calls NKR a ‘country,’ despite the clear admonition of its own government and UN against recognition of what is universally regarded as Azerbaijani territory. It would be as if Orange boasted of its service in the ‘Golan Heights of Israel.’

That’s not a bad idea. Perhaps Prime Minister Netanyahu should tell Richard, “You know what? Yerright. Boycott us.

“And while you are at it, boycott Azerbaijan, Morocco, Turkey and Armenia. Then, after realizing how ignorant you are, don’t apologize. Just bury BDS and get back to work.” 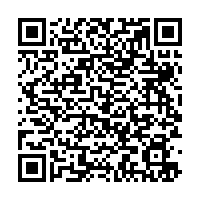