The international Druze community is understandably worried. As a small, quiet minority in Syria, the Syrian-Druze community relied on Bashar Assad for protection.

But with the advances of the Syrian rebels and ISIS, the Syrian-Druze community finds itself in existential danger.

Over the past year, Druze villagers have faced some battles with al-Nusra fighters who tried to attack their villages.

Israeli-Druze have been repeatedly and strongly warning of imminent massacres of their brother just across the border.

Prominent Druze leaders in Lebanon are calling for assistance for the Syrian-Druze community.

According to the Lebanon Daily Star, former Lebanese-Druze Minister Wi’am Wahhab, who supports Assad, asked for weapons from Assad so the Druze could defend themselves from al-Nusra:

“[The Druze in Syria] are ready to defeat the terrorists, but what they lack is arms. Lebanon’s Druze are ready to help, we are ready to form an army of 200,000 fighters to defend the Druze,” Wahhab said in a televised speech, urging Assad to provide arms to the community.

While Lebanese-Druze MP Walid Jumblatt, who on the other hand supports the Syrian Rebels, said they have spoken this week with the rebel groups and other regional powers to create a joint effort to protect residents in the Druze villages of Idlib.

All around, most of the various groups and divisions within Lebanon have been condemning the massacre of the Syrian Druze. 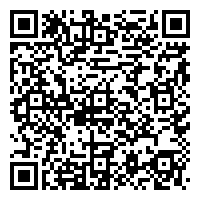