Once again, a U.S.-trained Palestinian Authority Police office has used his skills — and his foreign-supplied and funded equipment — to attack Israelis in a terror attack.

A Palestinian Authority Security Officer was one of two terrorists who opened fire Sunday night at Border Guard Police in Jerusalem.


The attackers opened fire just before 11 pm, as the Border Guard night shift were receiving their orders at the Damascus Gate entrance to the Old City of Jerusalem.

The officers noticed a suspicious-looking Arab man approaching the group and asked him to show them what was in the bag he was carrying. He pulled out an assault rifle and aimed it at them.

Omar Ahmed Amru, a Palestinian Authority Security officer, died in a hail of bullets as the officers quickly opened fire. His partner, Mansour Yasser Shawamra, began shooting at the officers from a distance of approximately 100 meters away. He, too, was shot and killed by the Border Guard officers.

In the bag officers found explosives and a knife. None of the Israeli officers were wounded.

This is not the first or second or even the third time Palestinian Authority Security Police have been involved in terror attacks on Israelis during this terror wave.

On January 31, three IDF soldiers were shot at point-blank range in a terror attack by a member of the Palestinian Authority Security detail assigned to the Ramallah district attorney. The terror attack occurred at the ‘Focus’ checkpoint near the Samaria Jewish community of Beit El.

On Sunday shortly before the Damascus Gate attack, terrorists shot at a home within Beit El. Miraculously, no one was injured in the attack. IDF personnel are searching for the terrorist. 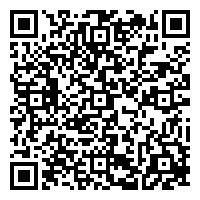