It would be funny if it weren’t so serious.

Yet again a campus speaker is slammed and silenced by a crowd of students and alumni for failing to understand the “horrors” of “the Occupation,” and for failing to hold Israel sufficiently accountable.


But this time, at this campus, with this speaker, it is hard to imagine a more absurd scenario.

Bassem Eid, a Palestinian Arab who is a human rights activist and who not only worked for the United Nations and the far leftist NGO Btselem, he also founded the Palestinian Human Rights Monitoring Group, was the speaker at the University of Chicago on Thursday, Feb. 18.

The topic of Eid’s speech was “A Palestinian Point of View.” His talk was sponsored by the University of Chicago Hillel, the Pozen Family Center for Human Rights, J Street U Chicago (which later apologized for the sponsorship) and several international groups, plus the Israel Education Center.

But although Eid spoke about his own first hand experiences, having lived in and around Jerusalem all of his life, several of the students were outraged that he dared to criticize the Arabs, and was insufficiently harsh – in their view – on the Israelis.

One speaker after the next, during the Question and Answer session following Eid’s talk, demanded to know how dare Eid not speak about the horrors of “the Occupation,” and why he spent any time at all criticizing the Palestinian Arabs for their violence.

The questioners all made demands of Eid, all were livid that he failed them by not attacking the true and primary wrongdoer – in their opinion – Israel. It did not matter whether it was someone who identified himself as a “Palestinian,” “someone from Gaza,” or a “Jewish alumna of the University of Chicago,” all were infuriated by Eid’s talk.

When one student continued yelling at Eid, even after another questioner’s turn, Eid finally demanded that someone remove him from the room. It appears from the video that the campus police criticized Eid for making that suggestion.

Eventually a student in charge of the event had to shut it down in the middle of the Q and A session because no one could hear anything any longer.

Eid had to be escorted from the room by campus police after one of the students threatened him, and the police determined Eid’s safety was at risk.

The University of Chicago is one of the highest ranked universities in America. And yet the unshakeable assumptions about who is right and who is wrong, and who is permitted to speak, is as unenlightened there as one can find anywhere in the world. At least when it comes to the belief that Israel is the wrongdoer as between the democratic Jewish State and the terrorist-praising, -raising Palestinian Arab leadership.

Here is a video (not the best quality, but the exchanges are captured) of the Q and A session following Eid’s talk:

This is a screen capture of the apology from J Street U Chicago. Clearly they were embarrassed for having co-sponsored a talk by a Palestinian Arab who wasn’t sufficiently anti-Israel or anti-America: 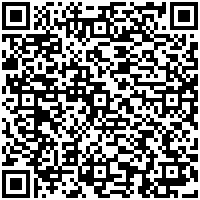