An official State Dept. statement following the two separate murders of Israeli soldiers condemned the killings, cautioning that “such violence and terror are unacceptable, and undermine efforts to establish the positive atmosphere the parties need to progress in peace negotiations.”

The official statement concluded with the line: “We call on all parties to join in condemning these attacks.”

but so far, according to Israel Radio, no such condemnation is coming from the Palestinian side. PA Foreign Minister Riyad al-Maliki has stated merely that the two murders “are no reason to shirk the demands for peace in any way.” That’s it.

Asked about the pending release of a second group of security prisoners from Israeli jails, Al-Maliki said the deal on this matter is clear and binds both sides.

So far, not a single Palestinian official has condemned the two murders: one in which an Israeli soldier was lured to an Arab buddy’s home to be killed and offered for a Gilad Shalit type prisoner exchange; and the other in which an Arab sniper just took aim at a soldier keeping the peace in a public area in Hebron.

In a letter to Netanyahu, Bennett wrote that “under the coverage of the negotiations celebrations the holiday of Sukkot has turned into a holiday of blood and harm to IDF soldiers.”

Bennett suggested the proper response to the terror must be “war against the murderers, and not discussion with those who encourage murderers.”

Transportation Minister Israel Katz (Likud) told his supporters he would vote against the next phase of prisoners release, and Deputy Defense Minister Danny Danon called—in an op-ed in the NY Times—for the revoking of the entire Oslo Agreement, which to date have only brought more death and mayhem.

Tzipi Livni’s No. 2 in the Movement party Minister Amir Peretz said the peace negotiations are the best answer to the extremists on both sides, and condemned the attempts on elements on the right to “usurp the pain of the families to advance their political ends.”

So, at least somebody on the left condemned something.

According to Ma’an, Israeli forces placed Hebron under a complete lockdown, causing traffic delays, following the sniper’s killing of a soldier. The Palestinian news agency cited an Arab medic who said Israeli soldiers held up an ambulance that was taking a woman in labor to hospital. The medic said that the woman was about to give birth but the soldiers refused to let the ambulance through.

So that was a second condemnation.

As usual in these matters, it all started when Israel retaliated… 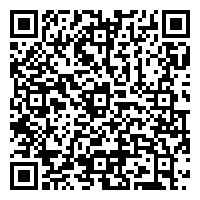