Jibril Rajoub, former head of the PA Preventive Security Force, member of Fatah’s Central Committee and head of the PA Football Association, told Walla that “moving the [US] embassy to Jerusalem would be a declaration of war against the Muslims.”

“It is inconceivable that the United States would give the Jews the keys to the sites that are holy to Muslims and Christians in Jerusalem,” Rajoub warned, adding, “If someone on your side thinks it won’t have ramifications, they’re wrong. This is a dangerous step, which will not bring stability to the region.”

Noting that moving the US embassy from Tel Aviv to Jerusalem flies in the face of UN resolutions and US policy since 1967, Rajoub declared, “WE do not intend to raise a white flag – not before Netanyahu and not before Trump.”

The PA leadership has already declared that following the embassy move the PLO would renege on its recognition of Israel and the Oslo Accords, which would also mean the end of security collaboration with the IDF. The group is expected to debate the move on Monday, with its officials telling Walla that “no one will try or be able to stop demonstrations on the ground against such a step.”

The PLO is actually expected to lead those demonstrations, because otherwise its arch rival, the Hamas, would do it.

according to Ma’an, PA Chairman Mahmoud Abbas met with Jordanian King Abdullah II on Sunday to discuss steps in response to President Trump making good on his promise to move the embassy to Jerusalem. Abbas released a statement after the meeting, saying the meeting was “useful and necessary,” and that the two leaders had discussed the consequences of the move and their options of how to respond, emphasizing that the matter was very important to both the PA and Jordan, given Jordan’s role in administering holy Muslim sites in eastern Jerusalem.

Abbas noted that Abdullah II is about to visit Washington and Moscow in the near future.

“We wish two things of the new American administration: First, to stop talks about moving the US embassy to Jerusalem; and second, to get involved in conducting serious negotiations between Palestine and Israel to reach a political solution which is for the best interest of Palestinians, Israelis and the whole region,” Abbas said.

Jordan’s GDP hovers around $30 billion annually, and it receives $1 billion in US aid. This could possibly explain why the Jordan Times report on the same meeting noted Abbas’ position and included this line: “Jordan will work with all regional and international parties to maintain the historic status quo in Jerusalem, the King said in regard to protecting sanctuaries in Palestine.”

Which is so much more polite. And realistic. 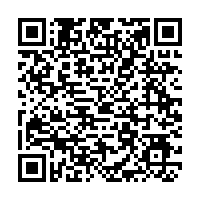