The African leader invited the prime minister to pay an official visit to Togo, and to participate in next October’s Africa-Israel summit for hi-tech, communications, agriculture and security, which is to be attended by approximately 20-25 national leaders.

It was an invitation that was accepted by the prime minister, who emphasized the strong relations between the two countries.

“I want you to know how glad we are that we are strengthening even further the relations between Togo and Israel,” said PM Netanyahu.

“You know our big thrust of coming back to Africa, but you were always there, and for us, very important not only our relations in East Africa, but also in West Africa. So I look forward to having the opportunity to visit West Africa – visit with you and the president and others because we are absolutely committed to having this resurging relationship between Africa and Israel.”

“I come back to your beautiful country Israel, particularly Jerusalem,” responded FM Dussey. 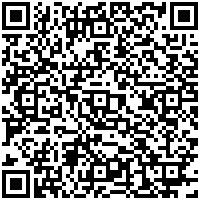