Prime Minister Benjamin Netanyahu on Thursday morning made the following remarks at the start of the weekly Cabinet meeting:

“This afternoon I will meet again with President Trump’s envoy, Jason Greenblatt. We are in the midst of a process of dialogue with the White House and our intention is to reach an agreed-upon policy regarding settlement construction. Agreed-upon for us, of course, not just for the American side. Naturally, this will be good for the State of Israel since we have not been in these processes for many years. To the residents of Amona, I reiterate: I gave you a promise to build a new community and I will honor that commitment.

“On Sunday I am going to China together with five ministers. The visit is at the invitation of the Chinese President and it marks 25 years of diplomatic relations between China and Israel. I will meet with the Chinese President and Prime Minister and, of course, the ministers will meet with their counterparts. I will also meet with the heads of the biggest corporations in China and today, when we say the biggest corporations in China, we sometimes say the biggest corporations in the world, or which are quickly becoming the biggest in the world. We will continue the talks on establishing a free trade agreement between China and Israel and we will hold the third joint Israel-China innovation conference. Of course we are continuing to develop new markets and to open new markets for the Israeli economy. I expect all ministers to cooperate on this, and they are doing so.

“Last week I held an additional meeting with Russian President Putin and we mainly discussed issues related to Iran’s attempt to establish itself in Syria militarily, including the construction of an Iranian seaport in Syria. We also presented Iran’s continuing attempt to transfer war material, including among the most advanced, to Hezbollah via Syria. We also discussed economic issues. There was an important development when President Putin finally announced that the problem of the veterans would be resolved, which follows on the solution to the pensions problem. I think that this is important news. There were also additional agreements in agriculture, adoption and a free trade area. Minister Zeev Elkin will brief us on this.

“Israel is in a period of diplomatic progress. Not all of the problems have been solved and this is not to say that the countries agree with us on everything. But the great continuity of meetings, also with the leaders of the world’s major powers and the meetings with leaders who come here on a daily basis – yesterday I met with the President of Bosnia and the Foreign Minister of Italy in one day, and this is typical; and the ministers who also hold meetings here and abroad – show that Israel is becoming a global power in knowledge and technology, and is becoming an important element in the international arena.” 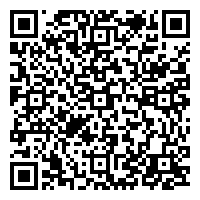