Prime Minister Benjamin Netanyahu vowed Sunday in opening remarks at the weekly government cabinet meeting to reduce the gaps between Jews and Arabs in Israel.

It’s not the first time that Netanyahu has expressed his determination to achieve that goal, nor is it the first time his government has launched plans aimed in that direction.


But part of closing those gaps, said the prime minister, also means holding the Arab population responsible for its criminal elements and enforcing the law equally.

That has never been done in Israel; it is impossible to know what the reaction would be – domestically and worldwide – if the state were actually to fully enforce the housing regulations, building codes and the legal/illegal squatter laws in the Arab sector.

Aside from the fact that there would suddenly be an enormous amount of open space, there would also be an incredible number of homeless people to contend with. It’s not practical, and every Israeli government has had to quietly, judiciously decide how and when to impose those laws.

The one solution that might present itself in dealing with that issue, however, could be to legalize the illegal villages, force them to meet the building codes and pay the same fees as all other Israelis.

At the same time, they too would have the same rights, and could demand the same benefits which they are often denied.

It is this issue the prime minister contends that his proposed project will address. Netanyahu said in his remarks that “any sensible person knows that there are large gaps between the Arab and Jewish population, resource gaps and disparities in law enforcement, gaps and discrepancies in rights and obligations.

“These gaps formed over decades, and it is time to make a major national effort to reduce them.

“In recent years, the governments which I have led have invested significant resources in the Arab sector, and the unprecedented government program approved ten days ago will do even more in this direction.

“At the same time, we will implement a comprehensive program for law enforcement in the Arab sector.

“I want to make it clear that nothing that has been done in various areas – infrastructure, tourism, education, trade, economy – can move forward if we do not address the question of enforcing the laws of the State of Israel in the Arab sector.

“These two programs are intertwined, and they will help and benefit the citizens of Israel, primarily Arab citizens.

“I believe that anyone who wants a genuine integration of all citizens of Israel into Israeli society will be a partner in this national effort that the Government will lead in the coming years. “ 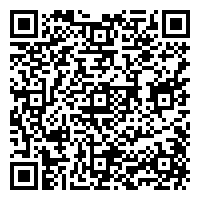