The heir to the British throne, Prince Charles of Wales, made a quiet trip last Friday after attending the funeral for Israel’s ninth president, Shimon Peres, z’l, to visit the grave of his paternal grandmother, also in Jerusalem.

Princess Alice of Battenberg was laid to rest in a place of honor on the Mount of Olives at the Church of Mary Magdalene, due to her recognition by Israel’s Yad Vashem Holocaust Memorial Center as a member of the Righteous Among the Nations. She is also recognized by the British Government as a “Hero of the Holocaust” as well.

Both honors were earned by the actions of the princess in providing shelter to the wife and children of Haimaki Cohen, a Greek Jewish parliamentarian, during the Nazi Holocaust.

The princess was born in 1885, initially diagnosed hearing-impaired and later diagnosed with schizophrenia. At age 18 she was married to Prince Andrew of Greece and of Denmark. The couple produced four daughters and a son — Prince Phillip, Duke of Edinburgh, who later became the husband to England’s Queen Elizabeth II, and the couple produced Prince Charles of Wales.

Princess Alice died at London’s Buckingham Palace in 1969, expressing the wish to be laid to rest at the convent in Jerusalem. But it took more than a decade to fulfill that last wish, inasmuch as the UK does not recognize Israel’s sovereignty over that part of its capital, where the princess wished to be laid to rest. As a result, the British royal family has imposed strict restrictions on official visits to Israel. The media team with Prince Charles did not report on the visit. 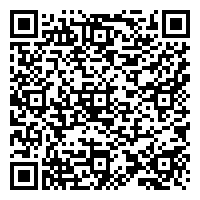