Some 1,000 demonstrators attended a rally Monday at the Place des Nations in Geneva to express their support for the State of Israel as the United Nations Human Rights Council held its debate on Israel and the Schabes Report on last summer’s counter terror operation in Gaza.

Members and supporters of more than 80 NGOs, including many Jews and Christians, travelled to the Swiss city to express their support for the Jewish state and to urge the U.N. to treat Israel fairly.


“The reason we are here today is to tell the United Nations that it needs to change. It needs to overcome its obsession with Israel,” said World Jewish Congress (WJC) CEO Robert Singer. “This obsession is destructive and it stands in the way of an effective human rights policy that is so badly needed.”

Singer insisted that Israel had a right to defend itself against Hamas. “Gaza is still an occupied territory, but the occupier is not Israel. It’s a terrorist movement called Hamas. Blaming Israel for every woe has become a sport. Not just here at the U.N., but here especially.”

A resident of Gaza Belt community Kibbutz Aza, located just a kilometer away from the southern border (less than a mile), Ofir Libstein also traveled to Geneva to attend the rally. Libstein said, “My four little sons were born into a 15-second reality – the time between the rocket alert and the explosion. By the time they turned two, we had already trained them to run for cover.

“Nitzan, my 11-year-old, was waiting for his soccer training to begin when a rocket attack started. Ever since, he has not been able to sleep by himself. Every alert and every explosion makes him relive the attack.”

Another resident of the area, Adele Raemer of Kibbutz Nirim, described how residents of the kibbutz were nearly murdered last year when terrorists emerged from an attack tunnel.

“I am disappointed by the tone at times of the Human Rights Council, which insinuates that Israel does not demand accountability from her army. I know that in the process of protecting my community, our soldiers have put their lives at risk to save innocent Palestinian lives, aborting vital missions when non-combatant Palestinians were in harm’s way. We all need to be able to raise the next generation to respect our neighbors, not fear them,” she added. This is clearly not a conflict that can be resolved by weapons. It can only be resolved by courageous leaders and diplomacy.” 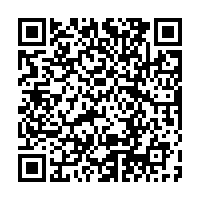