Quebec’s Bill 59, titled “An Act to enact the Act to prevent and combat hate speech and speech inciting violence and to amend various legislative provisions to better protect individuals,” has been raising concerns among Quebec residents and people across Canada. As the Center for Inquiry (CFI) has put it, “Human Rights actions in one province often set precedents for other jurisdictions,” and the unusually aggressive measures of Bill 59, should they become law, may threaten free speech everywhere in Canada.

Bill 59, introduced in June 2015, would allow the Quebec Human Rights Commission (QHRC) to censor speech that promotes “fear of the other.” It doesn’t provide details as to what constitutes such fear, which probably leaves the definition up to the QHRC, and its president, one Jacques Frémount. Back in 1964, US Supreme Court Justice Potter Stewart described his threshold test for obscenity (as opposed to legitimate film and literature) saying, “I know it when I see it.” This vague approach is bad enough when it comes to censuring x-rated media, but when it comes to actual free speech, the core of democracy, such vagueness is the stuff of state tyranny.

The CFI points out that the bill’s section 3 allows reporting of hate speech that hasn’t occurred but is anticipated. The section states: “The person can also report any situation that could contravene the prohibitions in section 2, in particular if the person has knowledge that such speech is about to be engaged in or disseminated or if the person has been asked to engage in or disseminate such speech.”

The third item of the bill’s Section 17 sets forth a proposed public record of those who have contravened this proposed legislation: “For the purposes of this Act, the Commission also … maintains an up-to-date list of persons who have been the subject of a decision concluding that they contravened a prohibition under section 2 and makes the list available on its website.”

Section 20 stipulates fines to be paid at between $1,000 and $10,000 with doubling if a prior contravention has occurred.

Section 24 goes after the livelihood of educators who have crossed the QHRC, suggesting that “a person whose name is on the list kept by the Commission … is considered to exhibit behavior that could reasonably pose a threat for the physical or emotional safety of the students.”

Pen Canada has stated that “Bill 59 poses a significant threat to free expression in Québec. Although this piece of legislation aims to combat hate speech and speech inciting violence specifically, its broad language coupled with restrictive prohibitions and significant penalties will place a chill on the expression of legitimate ideas and debate.”

“Not only does Bill 59 prohibit citizens from engaging in or disseminating hate speech, but also from acting in a way that causes the speech to be disseminated,” Pen Canada continues. “This language casts an alarmingly wide net. For those in heated political discussions, will the defense of ‘legitimately informing the public’ be sufficient against anonymous complaints to the Commission?”

A petition to “Stop Quebec Bill 59” spells out what the more polite websites objecting to the bill have not said: “People are trying to impose Islamic blasphemy law right here in Canada, RIGHT NOW! You may or may not have heard about the Quebec Bill 59 but it will affect us all. Bill 59 will enforce Islamic Sharia Law, making it a crime to question or criticize or ridicule an idea. This is a law that would explicitly infringe upon our rights to free speech. Be it in person, on a street, or even on the internet.”

And if you haven’t yet clicked away to add your name to the petition, the authors conclude: “This bill is not only not needed but flies in the face of our Charter of Rights and Freedoms. It criminalizes criticism of Islam and anything considered an Islamic practice (Honor killings, honor rape, female genital mutilation, female oppression, and beating of wives and children).”

Constitutional attorney Julius Grey commented recently that, “Quebec is not yet a police state, but it is an inspector-state.” True to that definition, Bill 59 has been adopted in principle by Québec’s National Assembly and is currently being studied in detail by the Committee on Institutions. Once the committee releases its report and the National Assembly votes to adopt it, the bill could become law. 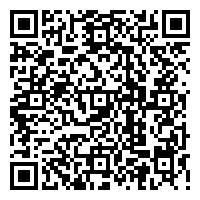