Rabbi Shmuel Eliyahu, Chief Rabbi of Tsfat, on Friday posted on his Facebook page a ruling permitting desecration of Shabbat in order to shoot Arabs who appear to be in the middle of starting a fire.

The inquiry was: “If on Shabbat (or a weekday) one sees Arabs approaching a forest near our community and intend to or are in the process of setting fire to it, is it permissible to desecrate Shabbat in order to stop them, call police and/or shoot them.”


Rabbi Eliyahu’s response was: “The Prime Minister has defined arson as an act of terrorism. One GSS senior official called it a weapon of mass destruction. By a miracle people have not been burned alive, but we are not supposed to rely on miracles.

“Surely it is permitted and commanded to desecrate Shabbat in order to stop the fire and the arsonists, and if need be – shoot them as well.

“If in Beit Meir, Carmiel, or Haifa they had shot the arsonists, we would have been spared this catastrophe.

“I hope that the IDF Chief of Staff and the Police Commissioner will issue clear orders to soldiers, police officers and civilians which reflect the fact that these acts of arson continue – because it is their responsibility.”

In 2010, Rabbi Shmuel Eliyahu, son of the late former Sephardi Chief Rabbi of Israel Mordechai Eliyahu, urged Jewish residents of Tsfat not to rent or sell homes to Arabs, resulting in calls for his suspension, as well as for his prosecution on grounds of racial incitement. Meanwhile, some 40 Israeli municipal chief rabbis signed a letter in support of Rabbi Eliyahu’s ruling. Hey argued that anyone who rents to Arabs “inflicts a great loss on his neighbor, and his iniquity is greater than can be borne.” The chief rabbis ruled that “it is incumbent upon the seller’s neighbors and acquaintances to warn and caution, first in private and then they are entitled to publish it for public knowledge, to distance themselves from him, to prevent trade with him, not to give him aliyahs and so forth, until he reverses his decision that causes harm to so many people.”

A consequent police investigation of the racism accusations against Rabbi Eliyahu ended in 2012 without an indictment. 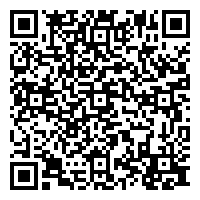